INJAP Land recently revealed plans for a 21-storey commercial and residential building to be constructed in front of SM City Iloilo Mall. It will be the first high-rise building in Iloilo once completed and will feature commercial units, multi-level parking, and residential condominium units on the upper levels. INJAP Land is expected to reveal the master plan for their newest development on the second quarter of 2011. 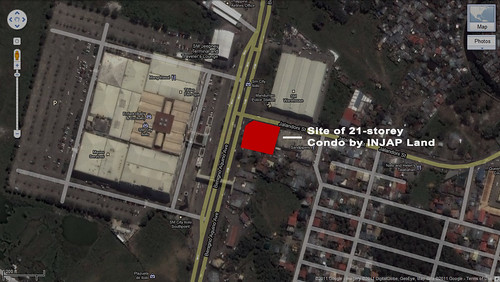 Location wise, the proposed 21-storey commercial and residential building sits on a prime property being at close proximity to most of the city’s major establishments and excellent access to an array of transportation options right at its doorstep.

Location Map of the 21-Storey Condo Building by INJAP Land