The party doesn’t stop in Iloilo after the Dinagyang Festival in January. Three more major celebrations are in store for Iloilo City this February namely: the Jaro Fiesta on February 2, Iloilo Chinese New Year Grand Parade on Feb. 4, and finally, the Weeklong Iloilo Paraw Regatta Festival culminating on Feb. 20. These events are certainly worth watching out for whenever you’re in Iloilo.

The District of Jaro celebrates a fiesta for Nuestra Senyora de la Candelaria (The Lady of Candles) every February 2, 2009. The Jaro fiesta is considered as one of the grandest fiesta celebration in the Philippines. People from all over Iloilo, converge in Jaro to show their devotion to the Candelaria and partake in the sumptuous feast prepared by Jaro’s Catholic households. The main highlight of the Jaro Fiesta is a religious procession lead by the young women of the elite Jaro families, which is held during the afternoon. 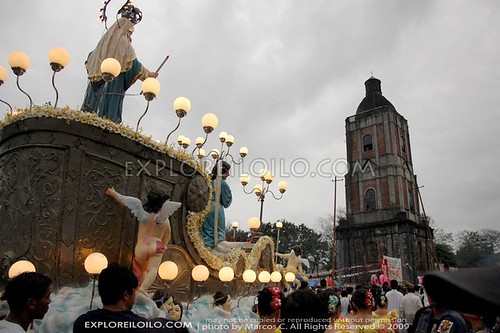 A very festive Chinese New Year celebration is held in Iloilo, which holds the distinction of having one of the largest concentration of “Tsinoys” or Filipinos with Chinese ancestry or descent in the country. The main highlight of the Iloilo Chinese New Year celebration is a grand parade on February 4, 2011. The Chinese parade will start from the Capitol grounds and end in the Plazoletagay Rotunda along Iznart St., where a cultural program will start at 4pm followed by a grand fireworks display show. 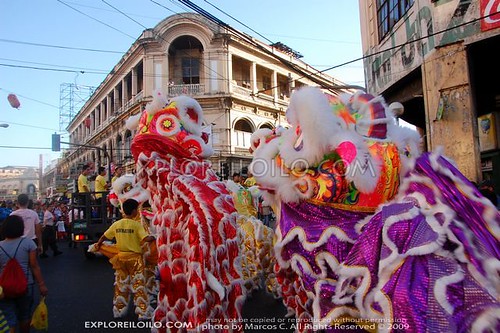 The Paraw regatta is a race among seafarers on colorful sailboats called Paraws in the straits between Guimaras Island and the City of Iloilo. The first race started in 1973 with the mission to preserve the historic value of the paraws. Today, the event has grown from being a boat race to a festival with various interesting and exciting activities like the Pinta Paraw and the Samba de Regatta Dance Competition. The Paraw Regatta Festival 2010 will be held on February 13 to 20, 2011. Learn more about the Paraw Regatta 2011. 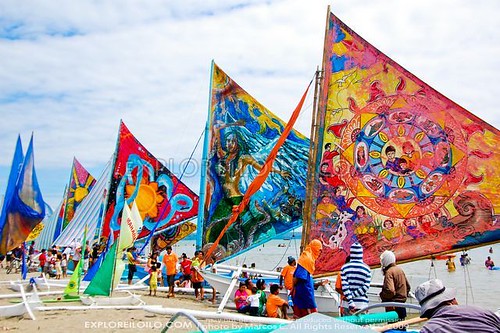