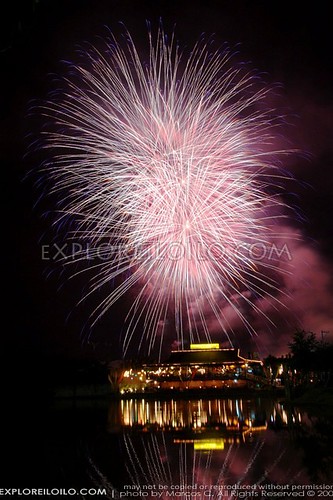 Malipayon Nga Bag-ong Tuig sa Inyo Tanan! Thank you for continuing to support Explore Iloilo, your constant visits, comments, and promotion to friends and family have greatly helped in allowing this blog to grow and flourish.

In 2009, Explore Iloilo has had 760,000+ views (that’s around 63,000+ views per month) and 2,400+ new comments. More than half of visitors had come from 184 countries and territories abroad – from the US, Canada, UK, Saudi Arabia, Australia (top 5 visitor countries of origin) to Cuba, Martinique, Azerbaijan, Vaunatu, Rwanda, Liechtenstein. In the Philippines, the bulk of traffic had come from Manila, Iloilo, Cebu, Bacolod, and Davao.

In an effort to reach out to the online community in facebook, the Explore Iloilo Fan Page was launched. It allows fans to get updates on Explore Iloilo direct to their facebook accounts. A huge chunk of the discussions about Iloilo from more than 6,000 fans have brought Ilonggos from around the world closer to Iloilo and of course, other Ilonggos.

Explore Iloilo was featured in various agencies including Manila Bulletin’s Blog-o-Rama, and KPMG. Pictures from this blog were also published in local and national newspapers and magazines like Mezzo Magazine, Philippine Tatler, F&B among others. Furthermore, Explore Iloilo was recognized as a media partner during the Dinagyang Festival 2009.

Explore Iloilo’s biggest achievement in 2009 was winning the Best Visayan Locale Blog in the Philippine Blog Awards 2009. Explore Iloilo was also given the Globe Tattoo’s Digital Tribe – Visayas award and was a nominee for the Best Travel Blog (National) and Visayas Blogger’s Choice Award.

Expore Iloilo would like to give special thanks to

You most probably have already noticed the new design of Explore Iloilo. This is just one of the many improvements planned for 2010. If you want to get alerts on what’s new in Explore Iloilo as they happen, you can just subscribe through our feeds or by email. You can use the form below to subscribe.