AirPhil Express, a popular budget airline in the Philippines, will be opening a new flight route between Iloilo and Davao starting August 18, 2011. It will be a once daily service utilizing an Airbus A320 plane. There’s actually a seat sale ongoing today (August 3, 2011) on Iloilo – Davao flight fares for as low as P488 (one-way). Cheapest regular (year-round) Iloilo – Davao Airphil Express fares cost P998 (one-way). 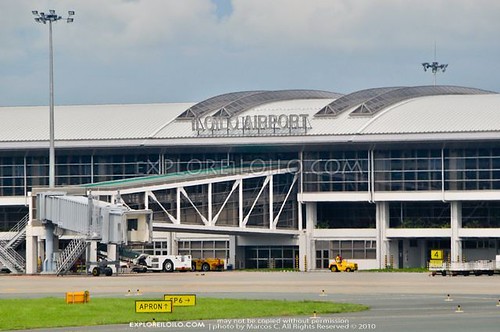 View of the Iloilo Airport during arrival

The Iloilo – Davao flight runs for 1 hour and 5 minutes. Flight No. 2P397 departs the Iloilo Airport at 3:50PM and turns back from the Davao International Airport at 5:25PM. Competitor Cebu Pacific Air was the first airline to open direct flights between Iloilo and Davao back in 2008. The new development by AirPhil Express will provide even more convenience to Ilonggos and visitors traveling to Mindanao (and vice versa). Especially since Cebu Pacific’s current flights run in the morning, while the additional flights by AirPhil Express is scheduled in the afternoon.

Subscribe to promo alerts to receive the latest news on cheap flights from all Airlines in the Philippines.