The absence of high-rises further makes the islands a perfect getaway for nature trippers who want a respite from the pains of city life. There, they can go snorkeling, diving, boating or swimming alongside playful dolphins. 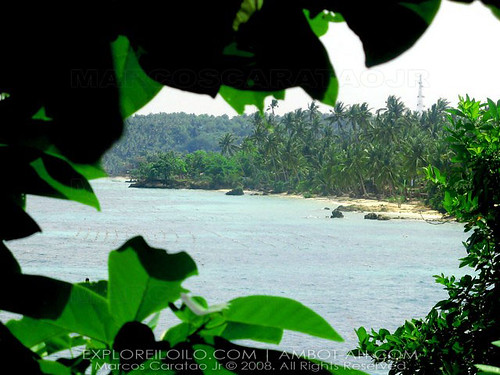 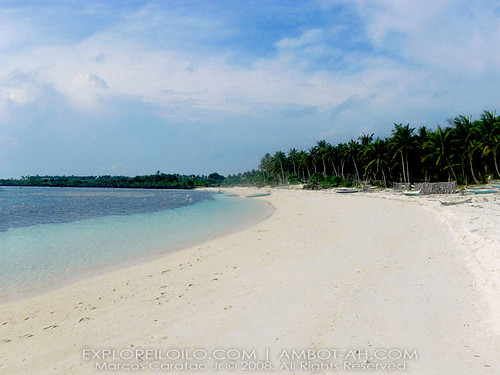 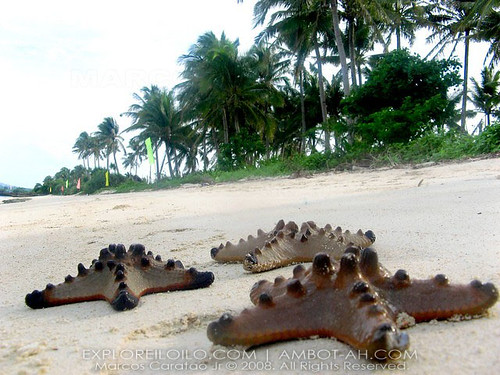 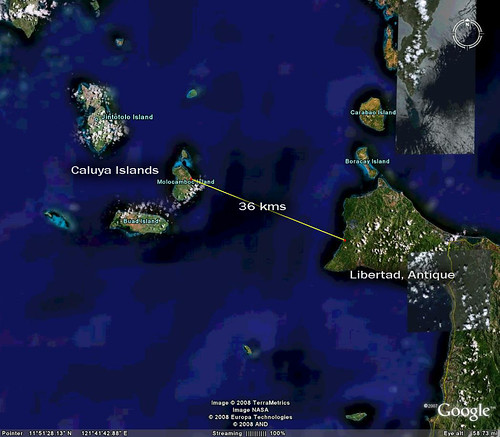 Caluya is 4 hours away by boat from Libertad, Antique and 6 hours from Pandan, Antique “Caluya has a lot to offer. It’s an excellent place for hibernation,” said Roderick C. Javier, public relations officer of the municipality of Caluya. Its over 20,000 people are among its greatest assets. 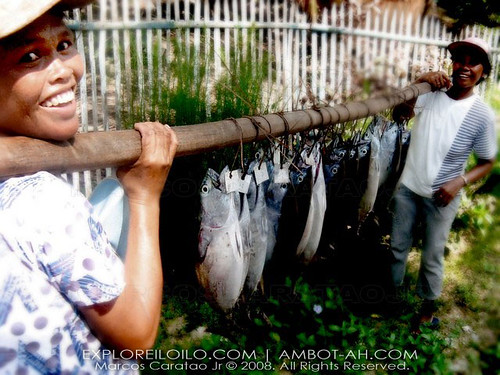 “People here are very cooperative in social activities of the municipality, and most of the time, they are very hospitable. They smile at you and greet you, even if you are a stranger,” said town councilor Linda Aguilar-Arrido.

Caluya is also known for tatus, a coconut crab with bluish streaks on its back. Its raw meat sells for P500 a kilo. 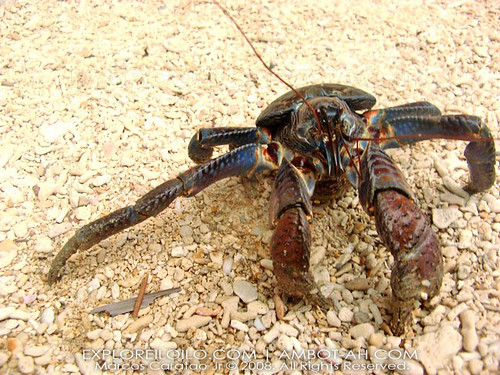 They can grow up to 40 centimeters, weigh up to four kilograms and live for more than 30 years. Its powerful claws can lift objects almost seven times its weight.

These elusive crustaceans are hunted at night when they forage for food. Hunters use flashlights and grilled coconut as bait. 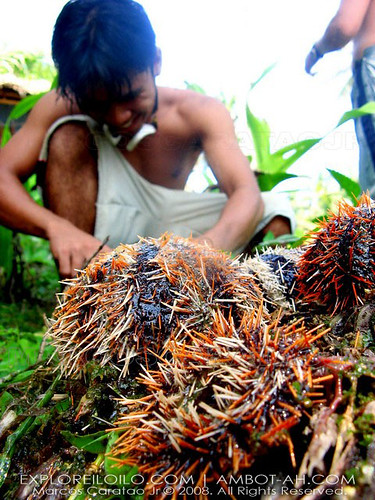 The islanders celebrate the annual Tatusan Festival in April as a thanksgiving for the bounty that they receive. Colorful crab-shaped floats, street-dancing and displays of various sizes of tatus are among the highlights of the festival.

“Yes, people gather here, especially from the mainland Antique. We invite them to join us in our yearly celebration. More people are coming over not only to witness the festival, but also to see what the tatus look like and taste how delicious they are,” Mr. Javier said.

Caluya is also known for seaweeds. Mr. Javier said they are the fifth largest seaweeds producer in the country. Styrofoam floaters of the monolines that anchor the seaweeds dot the surrounding waters of the island.

“Here, people work very hard to earn a living. Seaweed farming is more popular than rice farming. It takes only about three to four weeks or a month to harvest the seaweed. There is no need for fertilizers or expensive enhancers unlike in rice farming,” Mr. Javier said. 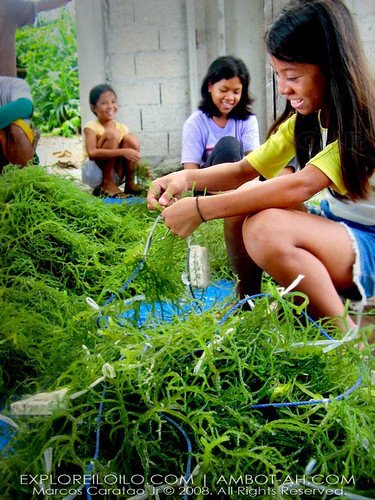 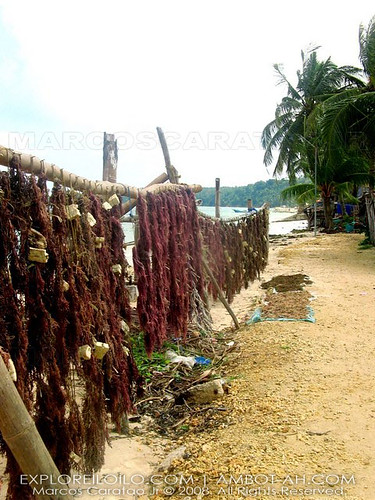 The seaweed is sent to Cebu where it is processed into carrageenan, a gum that is used as stabilizer or thickener in jellies and dairy products, processed meat, toothpaste and pharmaceutical products.

To improve accessibility to the island, town Mayor Reynante J. Lim, Sr. said there was a proposal to open a 1,200-meter landing strip and construct a port at the town center. A port in Barangay Masanag, about 30 minutes away by motorcycle from the poblacion, now serves Caluya and its 18 villages. 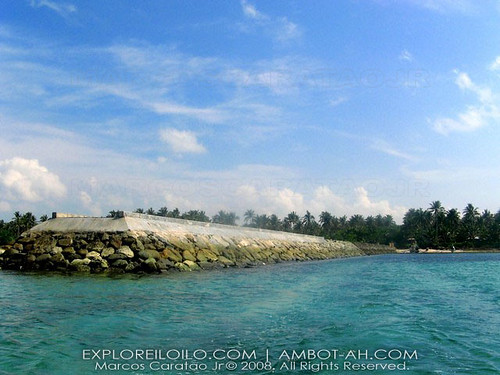 Except for the Caluya Lodging House that charges P150 per head per night and arranges for meals depending on the day’s catch, there are no other accommodations yet. But the islanders are willing to take some visitors in for a minimal fee.

The island has electricity from 8 a.m. until midnight from a diesel-powered generating plant operated by the Antique Electric Cooperative, Inc. (ANTECO). For emergencies, the island has a health center with a physician, nurses and midwives. The Semirara Island nearby has a 25-bed hospital owned and managed by the Semirara Coal Corporation. 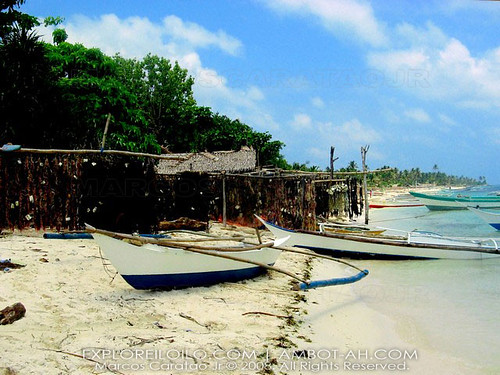 To get to the island from Iloilo City, one can take a two-hour land trip to San Jose de Buenavista, capital town of Antique province followed by a four-hour bus ride to the Libertad port. There, a ferry can take visitors on the four-hour trip to Caluya. The trip is estimated to cost a little over P500.

Too tiring? The island’s unspoiled natural resources, friendly people and exotic dishes might be worth it. Caluya can also serve as a jump-off point for the seven other islands. Pumpboats are available for island hopping and Boracay in Malay, Aklan is just two hours away. 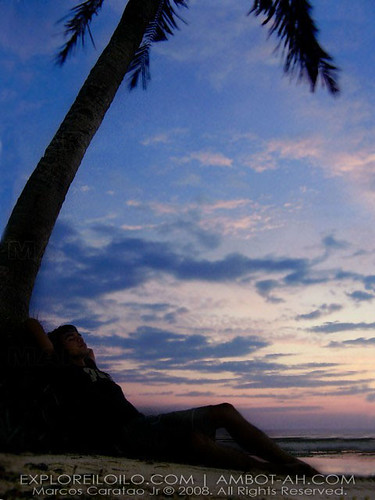