Cebu Pacific Air, the Philippines’ largest flag carrier has just opened a new route from Iloilo to Cagayan de Oro (and vice versa). The new Iloilo to Cagayan de Oro flight will be scheduled thrice weekly on Mondays, Wednesdays, and Fridays starting October 14, utilizing an Airbus A319 aircraft. The move is expected to stimulate increased passenger traffic in the Iloilo Airport, the 4th busiest airport in the Philipppines (in 2010). 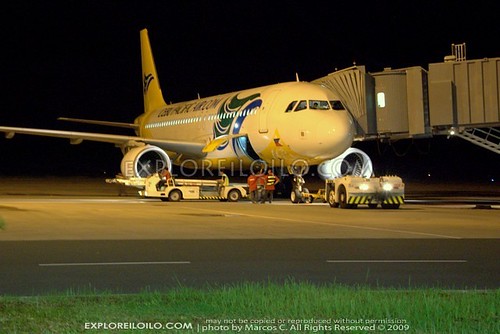 From October 14, Iloilo will have direct flights to four cities: Manila, Cebu, Davao, and Cagayan de Oro. In 2010, Cebu Pacific flew 907,505 passengers in and out of the Iloilo Airport. The figure represents 58% of the total passenger traffic in the Iloilo Airport. The airlines’ Iloilo – Davao service have been hugely successful, which could have prompted the opening of second route to Mindanao.

Cagayan de Oro City is the capital of Misamis Oriental Province and the regional center of Northern Minadao. Cagayan de Oro is popular for its white water river rafting and its position as a gateway to other provinces of Northern Mindanao. In the vicinity of Cagayan de Oro are: Maria Cristina Falls in Iligan, Dahilayan Adventure Park in Bukidnon, and the island province of Camiguin. A new airport in Laguindingan, Cagayan de Oro is expected to open soon replacing the Lumbia Airport currently servicing the city.