Just recently, Megaworld Corporation held a public hearing and revealed their plan for the development of the 54 hectare old airport lot in Mandurriao called the “Iloilo Business Park”. Luckily Bernie was able to attend the meeting and was able to relay the juicy details.The representatives from Megaworld were able to display the layout design of the Iloilo Business Park, the components of which include BPO offices, residential condominiums, a hotel, convention center, commercial and retail center, skills training center and recreational facilities.

The runway of the old airport will be turned into an 8 lane highway and will be the main artery of the Iloilo Business Park. Along this road will be mostly low-rise to mid-rise buildings (up to 12 floors) for commercial spaces including BPO offices. At the center of the property is a large space for a 5,000 seater convention center and a hotel (hint). At the southern end is reserved for a hypermart and a theme park, both of which will be developed after the other components. 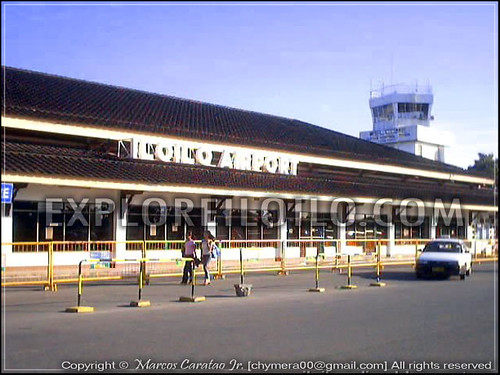 In related news, concerned citizens of Iloilo are advocating the preservation of the control tower of the old airport owing to its sentimental and heritage value. The Ilonggos are asking Megaworld to spare the demolition of the structure and turn it into a landmark to remind people of the Old Iloilo Airport instead.