On its fourth year, the “Luces in the Sky” Dinagyang Fireworks Competition has become bigger and brighter than ever. Thirteen shooters representing different pyrotechnic production companies from all over the Philippines delighted the thousands of spectators as they battled out the first place title of the Dinagyang PyrOlympics 2011. Within several kilometers viewing radius from the SM City Iloilo venue, the city was at a standstill for two nights during the Fireworks Comeptition held last January 20-21, 2011. 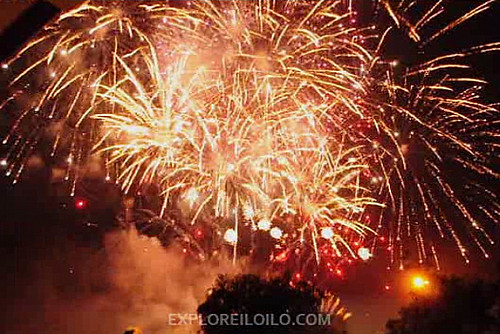 The fireworks display shows were noticeably more grandiose this year. Among crowd favorites were the shooters from Bulacan and the guest performer from Singapore. Truly, the Dinagyang PyrOlympics has elevated its level and has become a major pyrotechnic event in the Philippines.