A few months ago KPMG, one of the largest professional services firms in the world, released a report about the World’s new emerging outsourcing destinations entitled “Exploring Global Frontiers”. It came to a surprise when Bernie from Taralets! Blog informed us about ExploreIloilo.com being cited as one of the sources in the said report. Apparently, the people behind KPMG had visited Explore Iloilo to find information about current BPO companies in Iloilo. Here’s a screen shot of their report: 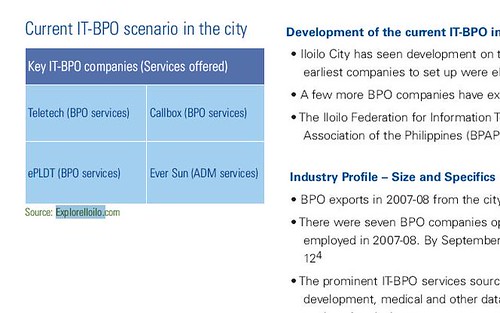 Although it was just a tiny detail of the report by KPMG, it shows that even large multi-national conglomerates come across this blog and even uses the information here for their research. It also proves that blogs are now increasingly being used as credible reference and people don’t solely rely on traditional media anymore. Thanks to KPMG for the exposure and to Bernie for the heads up! 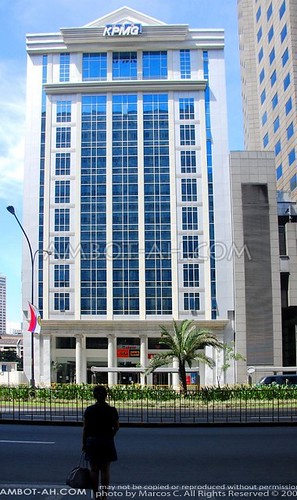