Iloilo is known for its educational institutions, which has created a society of intellectuals for more than a century. For the second part of the Iloilo City Google Earth Series, some of Iloilo’s more popular schools will be included along other interesting sites. 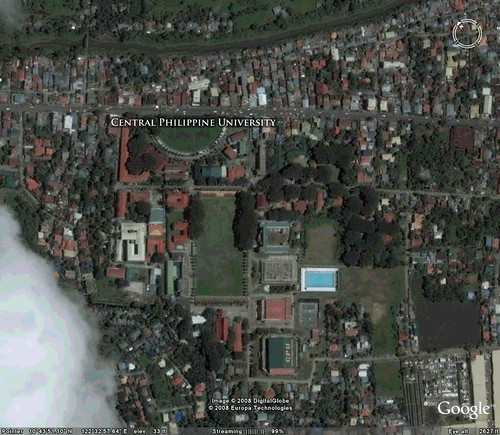 Central Philippine University (CPU) was founded in 1905 as the Jaro Industrial School by missionaries of the American Baptist Foreign Mission Society. It is currently the largest university in Western Visayas in terms of student population. The beautifully landscaped 24-hectare campus in Jaro is a declared tourist destination by the local tourism authority. 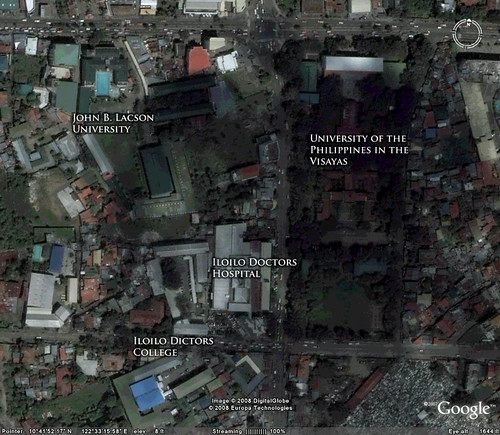 The lot of the University of the Philippines in the Visayas (UPV) Iloilo Campus was actually formerly owned by the Iloilo City Government and the Main Building (Library) used to be the Iloilo City Hall. In 1945, the Municipal Board of Iloilo, under the administration of former Iloilo City Mayor, Hon. Fernando LÃƒÂ³pez, authorized a resolution for the opening of a branch of UP in Iloilo City and donated the lot to the educational institution. One year and seven months years later, the University of the Philippines Iloilo College (UPIC) opened its doors in July 1947.

John B. Lacson Foundation Maritime University (JBLFMU) was first founded as the “Iloilo Maritime Academy” in 1948 by Master Mariner Juan Bautista Lacson. Today, it has grown into a pioneer institution in maritime education and has established itself as the first maritime university in Southeast Asia. 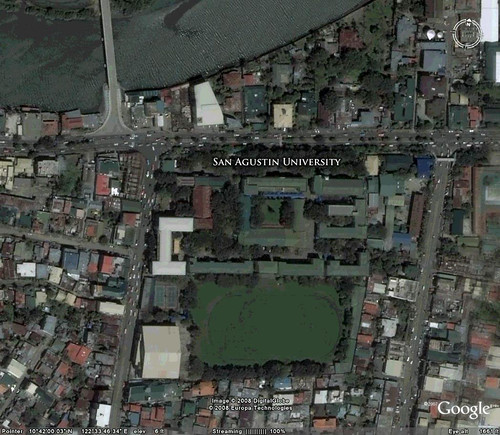 San Agustin University (USA) was founded by Agustinian Friars on July 15, 1904. The school was granted university status on March 1, 1953, a year before its 50th anniversary, making it the first university in Western Visayas. The university’s campus, situated in the very heart of the city on General Luna Street, has a modern gymnasium, an auditorium, several conference and seminar rooms, science, computer and speech laboratories, a museum, a bookstore, a library, an instructional media center, and tennis and badminton courts. 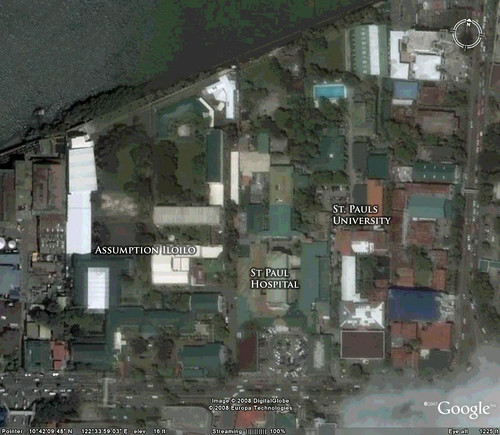 Assumption Iloilo is one of the exclusive schools in Iloilo catering to pre-school, elementary and seconary level students. It was established since 1910, and will be celebrating their centennial anniversary in just a few years time.

St. Pauls University (SPU) is also another exclusive school in the City, which offers college courses. The University is most known as a top performing school in the Nursing Licensure Exam. Their university hospital, the St. Paul Hospital (SPH), is the premiere hospital of Iloilo City. 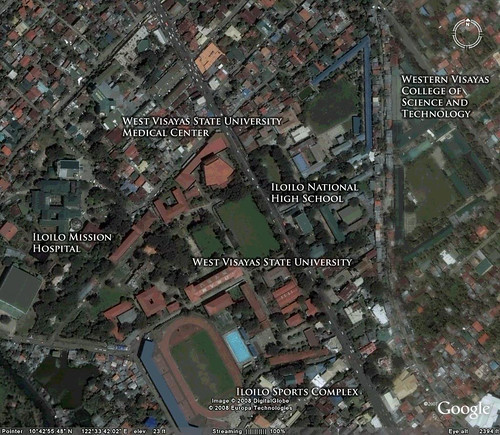 West Visayas State University (WVSU) was established in 1902 as the Iloilo Normal School but was subsequently renamed West Visayas State University in 1986. Its centennial anniversary was celebrated in January 2008, a celebration delayed due to an inaccurate review of its history. It is considered as a center of excellence in education in the Philippines and its College of Nursing is recognized as a top performing Nursing school in the country. Its university hospital is the WVSU-MC, which serves as a training hospital for the students and graduates of WVSU.

The Iloilo National Highschool (INHS), established in 1902, is the country’s first provincial high school and is cited as a center of excellence. A innovation initiated by the school is the “schools within a school” program, whereby 8 schools were established within INHS namely: Special Science Class, the School for the Arts, the School of the Future, the Special Class for Sports, Out of School Adult High School, the Evening Opportunity Class, the Non Formal Education and the Class for the Performing Arts.

The Western Visayas College of Science and Technology (WVCST) was established in 1905 as an elementary trade school known as the Iloilo Trade School. The College has grown into a leading technological and professional manpower development institution as it serves Region VI and the whole country. It is currently gearing towards acquiring a university status.

Iloilo Sports Complex (ISC) is a multi-use stadium in Iloilo City, Philippines. It is currently used mostly for football matches and hosts the home matches of Iloilo Football Association. The stadium has a capacity of around 10,000 people.

Click Here, in case you’ve missed the first part of the Iloilo City Google Eath Series. Iloilo City’s residential areas and ubran concentrations will be featured during the next installment, so watch out for that!.