Island Province of Guimaras- Home of the Manggahan Festival is now ready for celebration on April 11-18, 2010. The weeklong festival will showcase various events that every tourists and guests will enjoy. These include the jumpstart event at Robinsons Mall: Manggahan sa Robinsons on April 5-8, 2010 with an opening ceremony and Guimaras booth- displaying province’ bests and finest. Stunning beauties of Mutya ng Guimaras will be witnessed on April 8 as they showcase their casual wears. 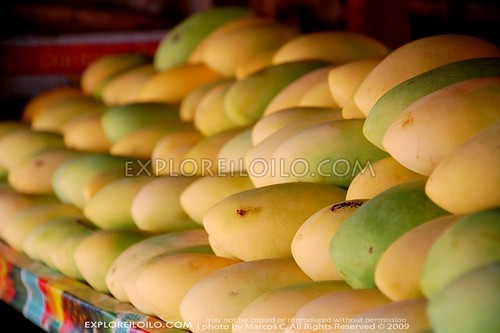 A must see dancing talents of young men and women can be seen during the soft opening on April 11, at the food court area which starts from 6 p.m.

Culture and heritage of the island can be seen on the actions, painted bodies and colorful props of the tribe dancers from participating barangays of the five municipalities during the Street Dancing competition on the 12th of April at the Capitol Ground.

A day for Children is April 13, of 2010 at the Provincial Gym as the province celebrates Children’s day while April 14 is the Youth Day. This day is reserved for youth as Rico Blanco will rock Guimaras in front of the Museo de Guimaras ground at 10 p.m.

Mango Inspired recipe’s will be tasted at the Maggahan Foodcourt on April 15, hosting the Mango Inspired Recipe Contest at the Food Court Area at 2:00pm to 4:00pm. This event simply shows various recipes that were made out from mango.

For anyone craving for mangoes, just join us, in the Eat- all- you- can for 3 days at the foodcourt area as Guimaras promotes its sweetest and delicious mangoes on April 16, 17, and 18, 2010.

Aside from invigorating events, the province also offers opportunities for our unemployed fellow on April 17, with the jobs fair and one-stop-shop with other cooperating agencies at the covered gym as venue.

Giving emphasis to the culture, traditions and customs of Guimarasnons, this day is right for you to witness- the Guimaras Cultural Showcase on April 18 which will start from 8 a.m. This day is actively participated by the Barangay and municipal based tourism councils depicting their respective culture and arts. After the series of events in the daytime the night will be full of energy as the people join in the Sinadya sa Capitol, a merry making time. Added color to that moment is the pyro-musical contest which will start at 9 p.m., an enchanted time for anyone as they witness the fireworks display.

This is the package that Guimaras province can offer to you and as you witness this momentous festival, you will indeed say that: Guimaras is more than just mangoes.