It seems that the imminent opening of the new Iloilo airport in Sta. Barbara-Cabatuan is pushing through with no major hitches. The Sta. Barbara bypass road is already being asphalted and the access road going to the airport is now complete with landscaped center islands and street lights. The physical structures such as the terminal, control tower, and runway has already taken shape and look like they’re ready for use. 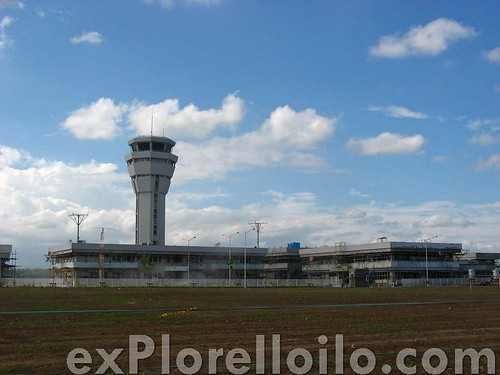 The new airport took some 8 years to make possible at a cost of P8.7 billion. The three-story passenger terminal, about 12,000 sq. meter in floor area, houses the baggage conveyor on the first floor, the check in area and the airline offices on the second floor and the pre-departure area on the third, and the arrival area along the corridors that lead to the first floor. The airport can accommodate six aircrafts simultaneously parking at a time.

According to news reports a test flight was conducted on January 26, 2006. Though, the results of the test still hasn’t been publicized. Senator Franklin Drilon will grace the event, as he was one of the people who was actively lobbying for the completion of this historic project.

If things go as planned, hopefully without any disturbances similar to what happened to terminal 3 of NAIA, the New Airport will be opened in April 2007. 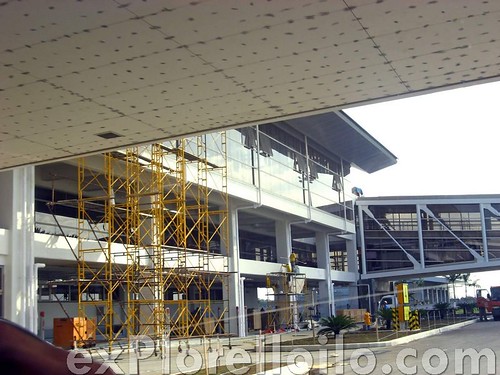 The old airport will then be closed and handed down to the winner of the bidding, set next month on February 2007. Already 5 companies have signified their interest to acquire the 55-hectare old airport lot in Mandurriao, Iloilo City. They include: Ayala, SM, Robinsons, Filinvest, and Rockwell. According to Iloilo City Mayor Jerry TreÃƒÂ±as, the airport site will have an initial floor price of P1,800 per square meter or P18,000,000 per hectare.