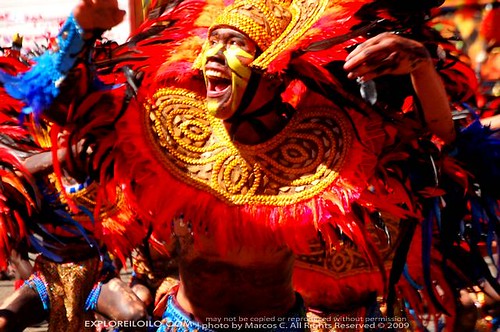 Be prepared to witness the City of Iloilo revel during the Dinagyang Festival 2011 and experience an explosion of sound, color, and dance. The Dinagyang Festival is a religious and cultural celebration in Iloilo City held on the fourth Sunday of January, the week after the Sinulog In Cebu and the Ati-Atihan in Aklan. It is held both to honor the Santo Nino and to celebrate the arrival on Panay of Malay settlers and the subsequent selling of the island to them by the Atis. The highlights of the Iloilo Dinagyang Festival 2011 will be on January 21 to 23, 2011. 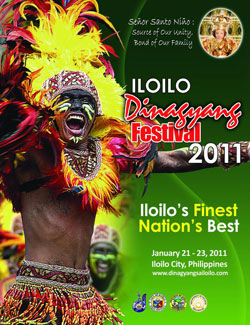 The Iloilo Dinagyang Festival goes “green” for the 2011 edition of this highly celebrated event. “Dinagyang 2011 will morph into a green festival. It takes on a new direction as a vessel for making communities more livable – not only vibrant and prosperous but also healthy and safe,” says City Tourism Officer Ben Jimena. The theme of the Dinagyang Festival 2011 is “Señor Santo Niño: Source of Our Unity, Bond of Our Family” with the tagline “Iloilo’s Finest, Nation’s Best.”