As Explore Iloilo’s yearly tradition, here’s the report on the 2009 Income of Iloilo Towns and Cities. Check out how much each town and city earned for the 2009 and their growth compared to the previous year. A Local Government Unit’s (LGU) income level makes a good indicator to get an idea of how big an LGU is and their capacity to fund big projects for their town. Bear in mind though, that there are also many factors that contribute to a large income like population and land area since the national government allots a bigger budget (IRA) to cities with more population and land area. 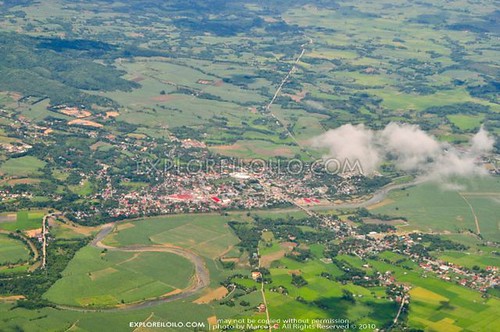 In review, all of the “wealthiest” towns in Iloilo except Pavia (listed below) are also towns with the biggest population in the province. Pavia is a special case in the top 15. The town has made the list because of the massive income it gets from locally generated funds like taxes and income generating projects. Pavia hosts many industrial factories being the “Regional Agro-Industrial Center (RAIC)” and has recently received a lot of investments from new residential subdivisions like Ayala Land’s “Avida” and Sta. Lucia”s “Green Meadows.” Because of this, Pavia has become one of the towns in the Philippines that are least dependent on the national government’s internal revenue allotment (IRA).

Here’s the list of towns with the biggest operating income during the 2009 fiscal year:

Top 15 Wealthiest Iloilo Towns Ranked According to Income in 2009