Cebu Pacific recently announced its plans of making the Iloilo Airport as its newest flight-hub in the Philippines.

After all the new routes begin operations, passengers will be able to travel by air directly from Iloilo to Hong Kong, Singapore, Puerto Princesa, General Santos, and Tacloban aside from current flights to Manila, Cebu, and Davao. 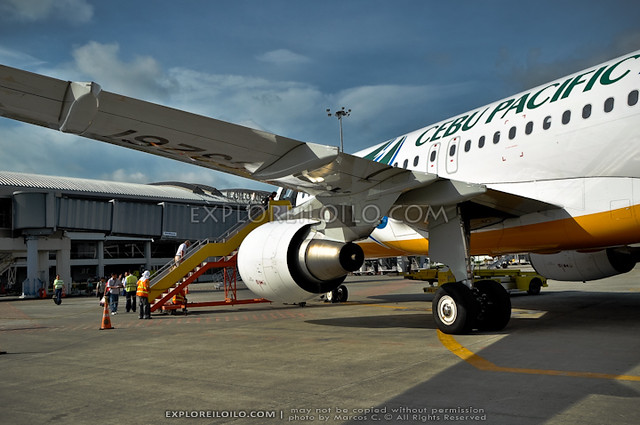 Passengers board Cebu Pacific aircraft at the Iloilo International Airport

Cebu Pacific will start direct flights between Iloilo and Tacloban on By October 5, 2012. It will run on a thrice weekly schedule (Mondays, Wednesday, and Fridays) and will be serviced by an ATR 72-500 aircraft. Here are more details

If you’re interested to make reservations for this flight, Cebu Pacific is offering promo fares, as low as P488, on flights booked before August 9, 2012 for travel between October 4 to December 31, 2012. 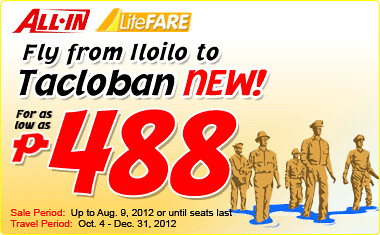 View the latest promo fares and seat sales at Cebu Pacific Promo or all airline promos in the Philippines.