Works on Iloilo’s 2nd flyover has already begun and is expected to be completed on June 22, 2010. The P386.6-million flyover project is located on the intersection of General Luna St., and Jalandoni St. (at the corner of University of San Agustin). The new flyover will have length of 282 meters with 5 spans and 4 piers. 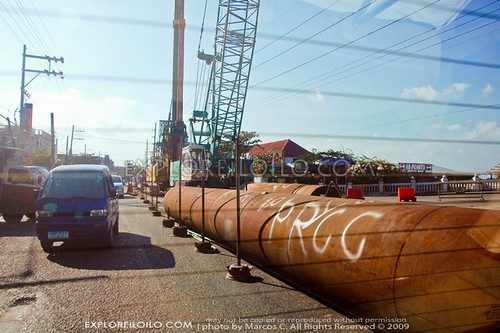 The project is expected to decrease the traffic congestion in the area. It was originally a component of the Jalandoni Bridge Project and was adopted by President Gloria Macapagal Arroyo’s Presidents Bridge Program.