Even with less than one year since it opened, Amalfi Cucina Italia, a fine dining Italian restautant in Iloilo has been recognized by Philippine Tatler, as one of the best restaurants in the Philippines in its Best Restaurant Guide 2009 special issue. 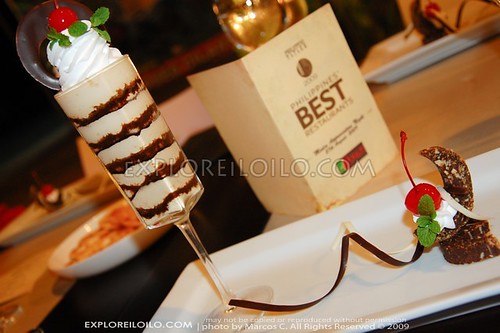 Amalfi has been well embraced by Ilonggos and visitors due to its tasteful food prepared by seasoned chefs. Its interiors and location also sets a great mood for classy, romantic and high-end dining. Another selling point of Amalfi is its more affordable prices compared to what you would pay for in a similar gastronomic experience you get at fine dining restaurants in Manila. 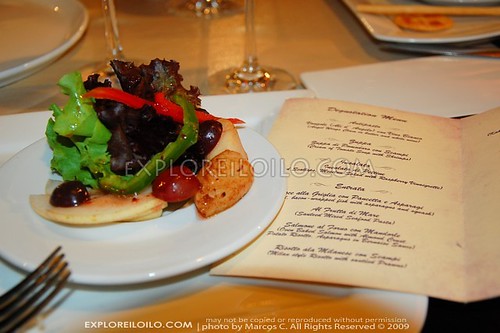 In appreciation of its recognition by Philippine Tatler, Amalfi had invited personalities in the media, to try their new Degustation Menu prepared by Chef Warlie Roxas. Degustation is a culinary term meaning “a careful, appreciative tasting of various foods” usually consisting of eight or more courses accompanied by a matching wine degustation which complements each dish. It’s like sampling most of restaurant and the chef’s special for that night in just one sitting. 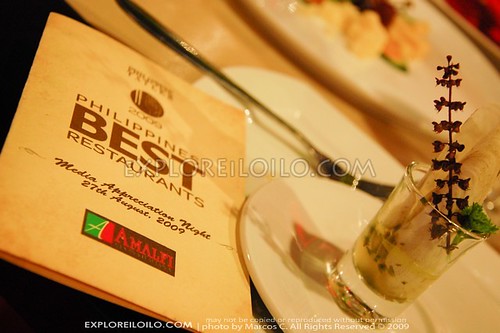 If you want to take a taste at what food critics in Manila are raving about, visit Amalfi Cucina Italia at the Avenue Complex, Glicerio Pison Avenue, Brgy. San Rafael, Mandurriao, Iloilo City or call at 3295289.