Taking advantage of the dry season, the construction of the Jalandoni Flyover, Iloilo City’s second vehicular flyover, is gearing in full throttle. Since the project started, the traffic flow in the area has been very bad, almost unbearable during rush hour coupled with the full effect of the summer heat. There was a slight improvement after they finished improving (not widening) the street portions at the sides of the flyover (one lane per way). The new flyover is located at the intersection of General Luna and Jalandoni Sts. (near University of San Agustin) in Downtown, Iloilo City. 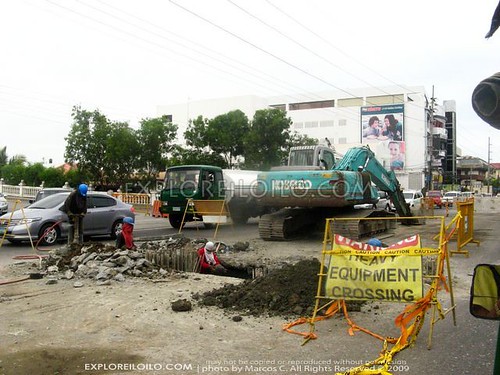 The photo was actually taken last week and there has been significant changed since then. They’ve already installed the supporting columns of the main steel overpass road structure on at least 4 concrete platforms.Â  Unlike the first flyover with just two columns, the Jalandoni Flyover will have 4 “thinner” columns. One section of the overpass road is “parked” in place along General Luna St., ready to be hoisted once the installation of the columns is done. 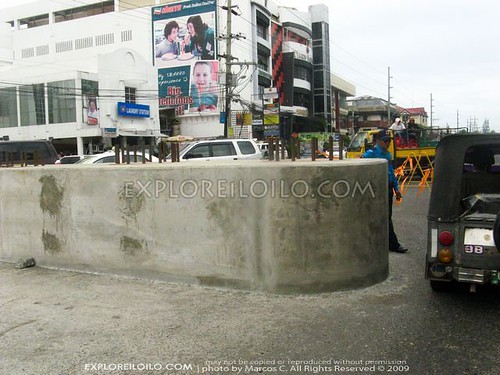 The Jalandoni Flyover is up for completion during the third quarter of 2010.