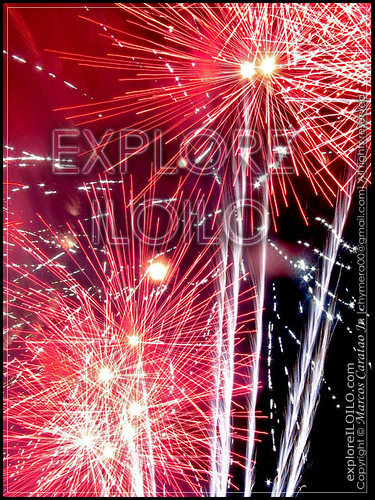 More than 50,000 came to watch the first pyro olympics to be held in Iloilo City. The event, which took place during the Dinagyang Festival on January 26, 2007 had SM City as the judging area. Not only was the parking lot of SM City jam packed, most people, who wanted to watch the grand fireworks contest, trooped to surrounding areas such as the open field of Brgy. San Rafael, the Old Airport Lot (now owned by Megaworld), and Smallville. 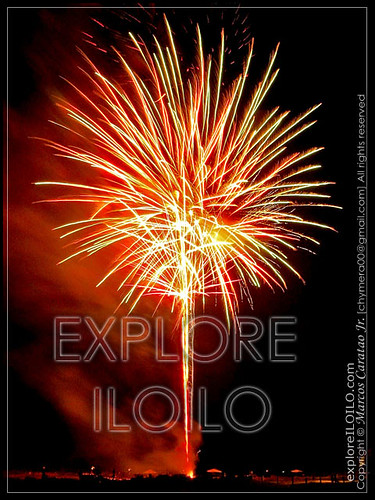 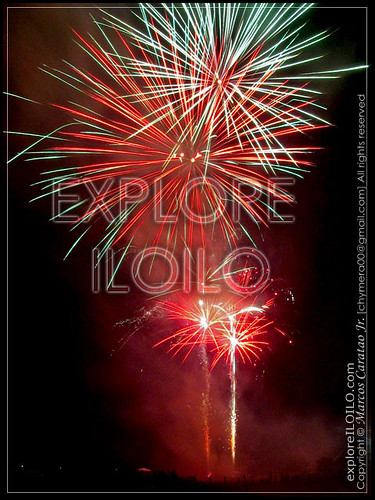 The Dinagyang Pyro Olympics has attracted the most number of participants in any fireworks display contest in the country’s history with 17 entries. Among the entries, 9 came from the province of Bulacan, 2 from Cebu, 1 from Bohol, 1 from Cavite, 1 from Laguna, 1 from Dumaguete, and 1 representing Arevalo District, Iloilo. The contest lasted for 3 hours all in all. 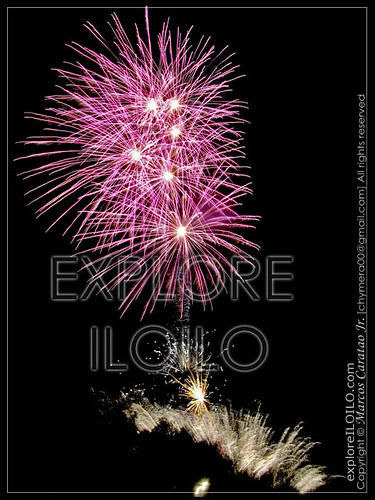 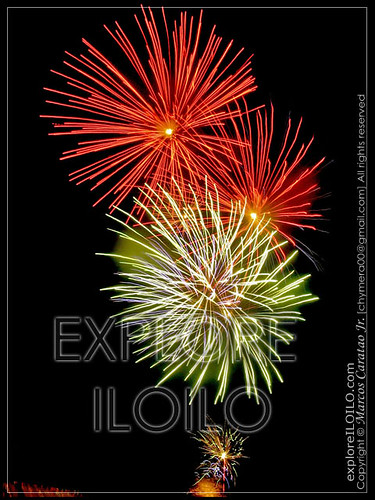 Loud Ooohh, Ahhhss, and Clapping of Hands could be heard during the fireworks contest but the entry that got the loudest cheer and was awarded the Grand Chamption of the Pyro Olympics was the entry no. 17, the last entry of the night, from the City of Dumaguete, which garnered a perfect 100% from the judges and won a cash prize of P100,000.

Entry of Dumaguete, champion of Luces in the Sky – Iloilo’s First Pyro Olympics. Video by FirstClass

Another vantage point. Video by IAMME

Finishing second place was entry no. 7 from Bulacan with a score of 96% and at third pace was the entry from Arevalo, the pride of Iloilo, with a score of 89%. Hopefully, the IFDI will organize a bigger and better Pyro Olympics during next year’s Dinagyang Festival.

Another vantage point. Video by FirstClass

A compilation of the fireworks display from different entries during the pyro olympics. Video by Tototires

A big thanks to all who shared their videos online!