Leading property developer and no. 1 office developer, Megaworld Corporation, announced its plan to build ten office towers at the Iloilo Business Park by 2021. The office towers will provide a total of about 100,000 square meters of office space, generating approximately 30,000 jobs in the Information Technology-Business Process Outsourcing (IT-BPO) sector.

The Iloilo Business Park, a 72-hectare mixed-use development at the old Iloilo Airport site, is positioned to become biggest cyberpark in Western Visayas and a major hub for IT-BPO outside of Metro Manila.

As part of the first phase at the IT-BPO cluster of the township, three office towers are set to be operational within this year – One Global Center, Two Global Center, and the Richmonde Tower.

Megaworld is allocating P5-billion for ten office towers at the Iloilo Business Park in the next seven years. 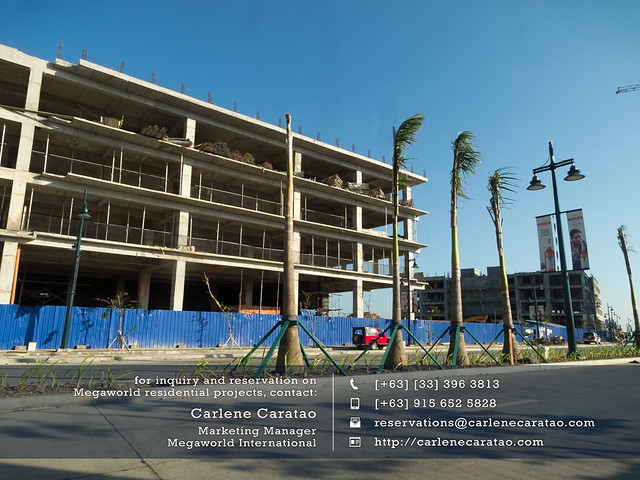 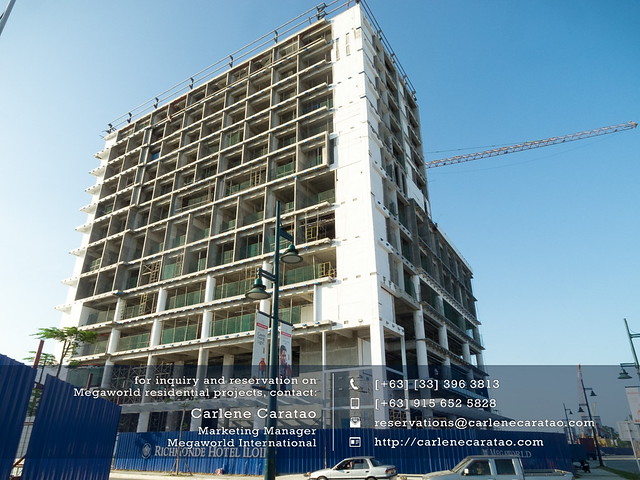 Ongoing construction works of Richmonde Hotel Iloilo and Richmonde Tower at the Iloilo Business Park in Iloilo City. BPO-IT office spaces will occupy the second to sixth floors of this twelve-storey tower.

By August this year, Colorado-based StarTek, Inc. will set up operations in Two Global Center tower, a four-storey tower with a total of 9,000 square meters of office spaces that could accommodate around 2,600 workers.

Startek is one of the leading BPO firms in the Philippines, with call centers located throughout the US, Latin America, Canada, Honduras, and Costa Rica. It will be the first company to open at the Iloilo Business Park. Startek is currently hiring for its Iloilo operations. Interested applicants may learn more about career opportunities on StarTek’s official website and on Startek Philippines Facebook Page. The company has set up a satellite recruitment office at the second floor of GT Plaza Mall near Molo District Plaza in Iloilo City.

Megaworld is currently the country’s office space developer with around 27 corporate office towers across the country – 11 in Eastwood City, 14 in McKinley Hill, 1 in Newport City, and 1 in The Mactan Newtown in Lapu Lapu City, Cebu. Ten more office towers are expected to be completed this year in Uptown Bonifacio, The Mactan Newtown, Iloilo Business Park and McKinley Hill.

Megaworld recently announced that it is expanding its office space inventory to 712,000 square meters this year, cementing its leadership as the Philippines’ no. 1 office developer and landlord.

Currently, an estimated 110,000 employees are working in Megaworld’s townships. The biggest bulk of which are in Eastwood City, the country’s first IT park; and McKinley Hill, the company’s biggest township project in Metro Manila which is also home to four foreign embassies and four international schools.