The proposed main campus of Ateneo de Iloilo – Santa Maria Catholic School sits in a 7.5-hectare campus in Brgy. San Rafael, Mandurriao. The facility, valued at P200M, is currently under works and will be partly operational in 2009. 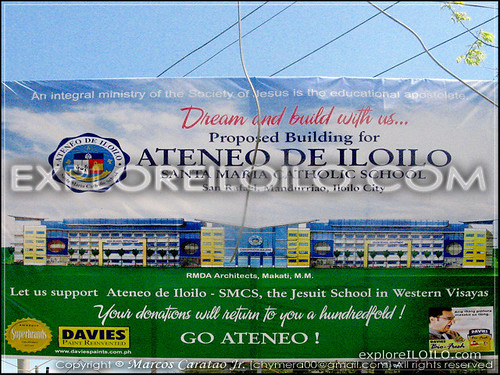 Two of the seven hectares was donated by Kauturan Pison Development Foundation (Kapideco) while the five will be purchased by Ateneo de Iloilo. The Pisons also donated a half-hectare lot for the construction of the Santa Maria Parish.