The Christmas and New Year season is a busy time for Iloilo. A lot of Ilonggos from all over the Philippines and abroad go back to their hometowns to spend the celebration together with their loved ones. If you’re spending the holidays this December in Iloilo, here are a few places you might want to visit to get a feel of Iloilo’s festive spirit. 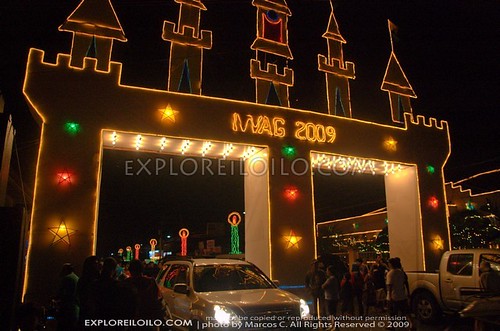 Deemed by the Department of Tourism as the “Christmas Capital of Western Visayas”, Pototan fills its sprawling plaza with a flurry of colorful lights every December, attracting people from all over Iloilo and nearby provinces in Panay Island. 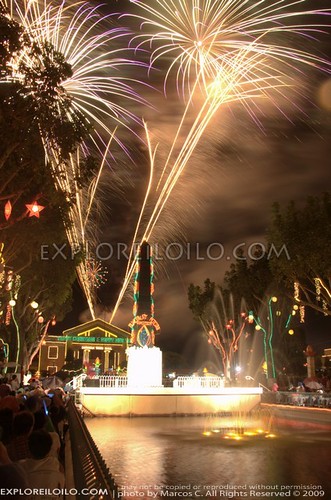 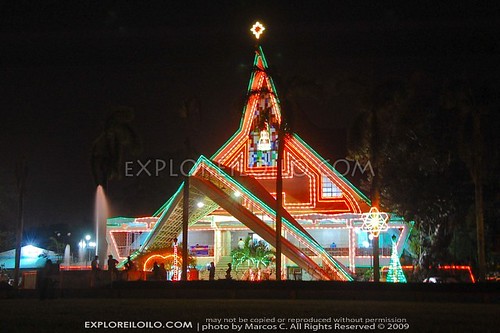 The Opening of Lights remains to be one of the best features of CPU before the end of the year. The event celebrates the switching on of Christmas Lights in CPU, which is on display for the whole month. 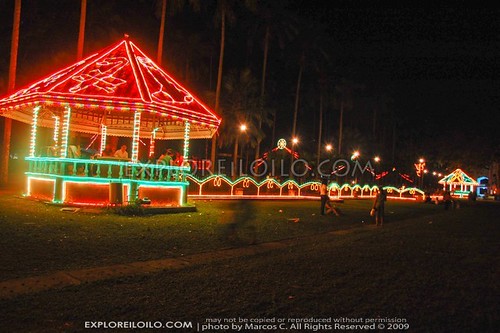 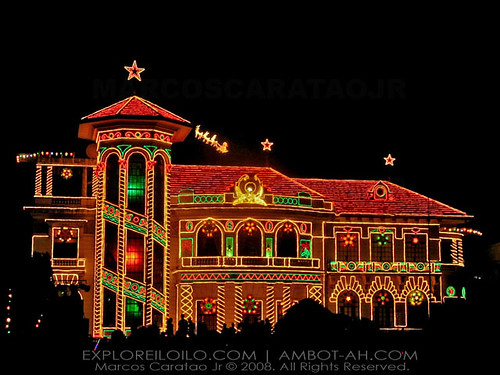 A wondrous sight to behold is the Lizares Mansion, now the Angelicum School, known as one of Iloilo’s most iconic heritage houses. The Lizares Mansion stands in testimony of Iloilo’s booming sugar industry during its heydey. Every year, the main building of Angelicum becomes the subject of amusement as thousands of Christmas lights adorn every inch of its facade further enhancing the charm of this magnificent edifice. 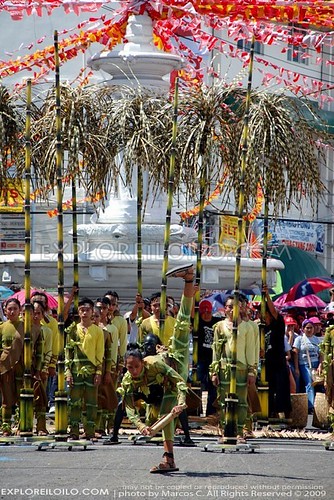 The Tultugan Festival is celebrated in Massin Town on the 4th week of December. Tultugan, a native bamboo percussion instrument used by natives long ago as a tool for communication and as a musical instrument. With its ultimate reputation as the Bamboo Producer in the Region, Maasin the festivity with a rich display of Bamboo Products attracting investors, collectors and aficionados from around the country. the gem of the exhibition is the tribe competition that utilizes bamboo as their primary material for costumes and even musical instruments. (Iloilo Provincial Tourism Office)

Town Plazas all over Iloilo Province

Although not as grand as Pototan, most towns in Iloilo also adorn their plazas with sparkling Christmas lights. Janiuay, Alimodian, Guimbal, Lambunao, Cabatuan, Santa Barbara, San Joaquin and Calinog are some of the towns which have nice Christmas lights displays.

Shopping Centers in the Metropolis 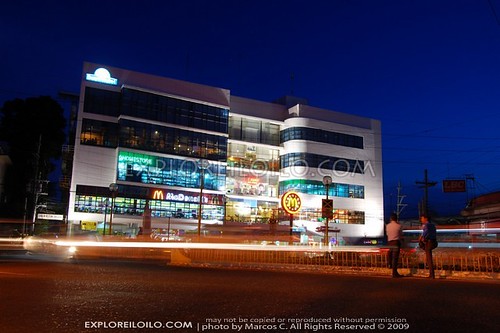 Malls in Iloilo City go all out in attracting a slice of the huge inflow of holiday shoppers. These Malls are adorned with beautiful Christmas-themed decorations and offer great sales throughout the month. Not forgetting the small shops of the city, Calle Real composed of J.M. Basa, Iznart, and Aldeguer Sts. is the prime place to go for shopping and bargain hunting for very affordable items. 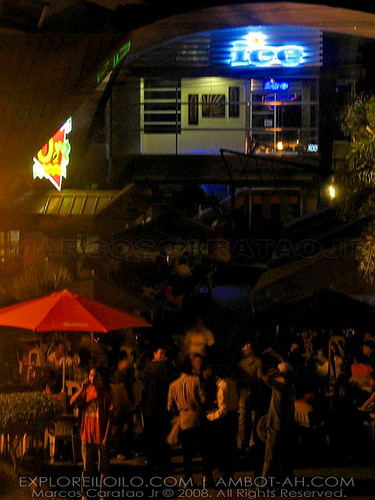 The nightlife is as lively as ever during December. If you like to checkout the party scene in Iloilo, Smallville Complex is the best choice to enjoy the night away. If you like the night to be a bit mellow, excellent restaurants all around the city are open for a gastronomic delight. 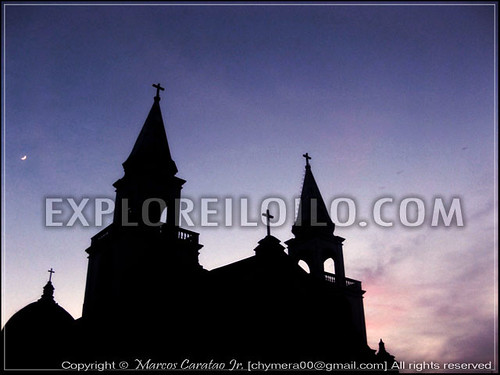 “Simbang Gabi” is a practice deeply rooted in Ilonggo’s faith. Simbang Gabi or Mass at Dawn is a nine-day novena to the Blessed Mother. The novena begins December 16 as early as 4 in the morning and culminates with the “Misa de Gallo”Â on Christmas Eve to welcome the birth of our Savior Jesus Christ. In some churches, the panuluyan is reenacted showing the effort of Joseph and Mary to find a suitable birthplace. The experience of sunrise at Iloilo’s old churches is just divine.