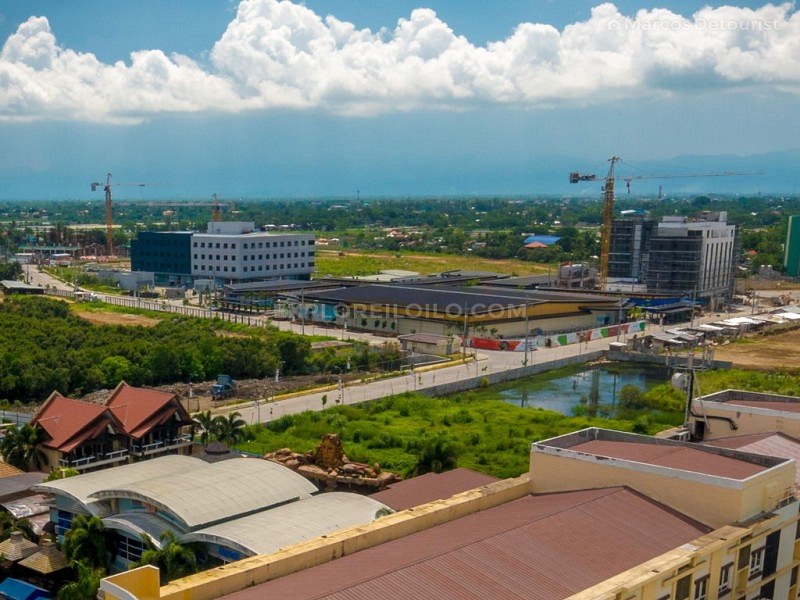 Qualimed Hospital Iloilo and The Shops at Atria are two initial developments that opened earlier this year at Atria Park District. Seda Atria Hotel will follow suit in the next couple weeks. Meanwhile, construction is in full swing on the residential condominium towers.

You might have known about the temporary closure of The Shops at Atria following the collapse of a canopy that covered a part of the shopping strip. They had already finished repairs and re-opened to the public earlier this month. Construction is in full swing on the first phase of two residential condominium projects — Avida Towers Atria and Avida Storeys Atria, which are being built simultaneously in Atria Park District. More reports about these projects will be posted on a future update.

On the left side of the photo above, you can also see the construction of Phase 2 of Ateneo de Iloilo’s expansion. The upcoming 4-storey composite building will accommodate the school’s grade school and administration buildings. It will be connected to the now-operating Ateneo High School department to form a joined structure that will house all of Ateneo’s academic and non-academic facilities. 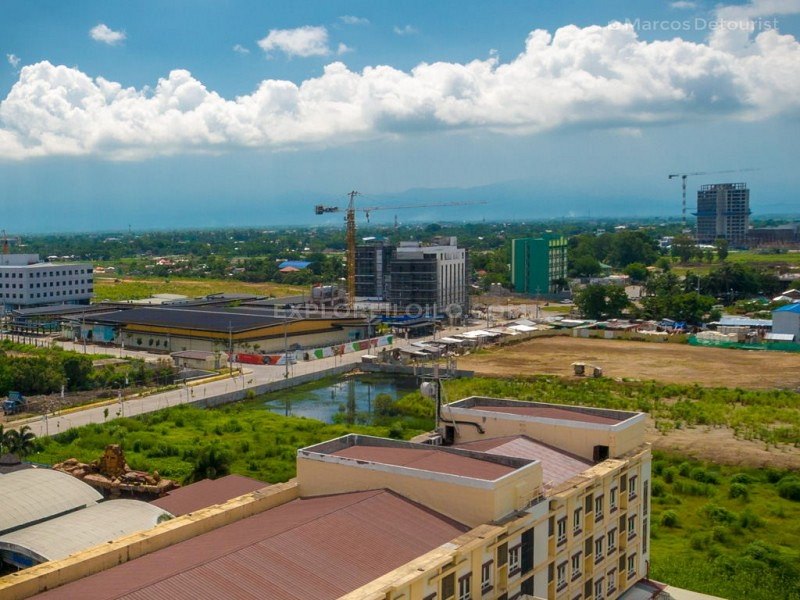 Seda Atria Hotel is just a few weeks away from opening. This 4-storey modern lifestyle hotel is the first to be opened in the Visayas by Ayala-operated Seda Hotels. The chain’s other properties in the Philippines include Seda Bonifacio Global City in Taguig, Seda Centrio in Cagayan de Oro, Seda Abreeza in Davao, and Seda Nuvali in Laguna.

Just want to share this photo showing the two giant developers in Iloilo City. On the left side is Ayala’s Atria Park District and on the right (background) is Megaworld’s Iloilo Business Park.

Iloilo’s urban landscape is transforming. This area will look a lot different in a few years and we hope to continue updating you with the latest developments.

Watch out for an expanded view of this photo that includes SM City Iloilo, Diversion Road, Smallville, and the Iloilo River on Explore Iloilo Instagram account. Don’t miss our updates by following us @exploreiloilo.