With their new album entitled “Under Southern Lights”, Urbandub will be flying to Iloilo to spread their new sound to Ilonggos on December 20, 2007 (9pm) at the parking lot of Sarabia Manor Hotel (General Luna St.). 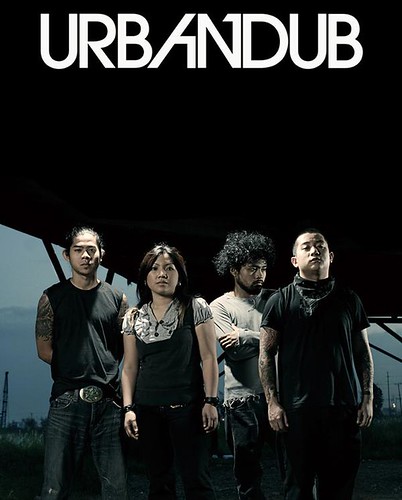 Urbandub, hailing from nearby Cebu Island, is Gabby Alipe (Vocalist / Guitarist), Lalay Lim (Bassist), John Mendoza (Drummer) and John Dinopol (Lead Guitarist). Since its formation in 2000, Urbandub has been persevering to catch the attention of the country with its unique and original music. Though under the wing of an Independent Recording Studio, they were able to gain solid supporters and recognition around the country. Today, Urbandub is at the forefront of bands coming from Visayas-Mindanao area and continue to inspire and support upcoming acts from the South.

Their first single on their 4th album, Under Southern Lights, is Guillotine. You can listen to it and a few of their other songs at their Myspace Account . The other tracks in the album include: An Invitation, Anthem, The Fight Is Over, Cebuana, Life Is Easy, Evidence, A Method To Chaos, Inside The Mind Of A Killer, She Keeps Me Warm.