Neoclassical in style, the church of San Nicolas de Tolentino, patron saint of Cabatuan, was built in 1834, replacing the temporary ones constructed by earlier priests. It was Rev. Fr. Ramon Alquizar, an Augustinian, who initiated in building the church. Every side of the church is a facade in itself. Its walls are overlaid with red bricks. 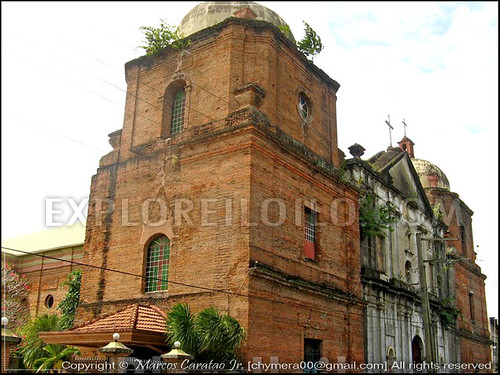 Before World War II, there was a spacious rectory or convento, which can accommodate 3000 people, at the right side of the church. It was however burned by the guerillas in 1942 as part of their scorched earth strategy. In 1943, it was demolished by the Japanese Imperial Army and its bricks were used as overlay for the Tiring Landing Field. On Jan. 25, 1948, the church was partly destroyed by an earthquake that rocked the island of Panay.

It is the only church in Iloilo which once had three facades and six belfries, in spite of this, four of these belfries were destroyed in the 1948 earthquake.The Church which is Tuscan in style imposes heaviness and massiveness.

The Main facade is primarily decorated with Tuscan pilasters and ornate Agustinian symbols, while the eastern and the western facades remained in the Renaissance form.

The belfries which might be Moorish or Byzantine in style, contribute a medieval Baroque supremacy. Read More from Lingganay, a Collection of Iloilo’s Heritage Churches, by Giancarlo Parcon Alvarez

The central structure of the church is in the shape of the cross which is about 50 meters long and about 20 meters wide, with its walls about a meter and a half thick. Its facade is decorated with the pope’s tiara flanked by the Augustinian symbol of the transfixed heart capped by the bishop’s hat surrounded by a cord. The upper part of the walls have 19 circular windows with multicolored glass panes. 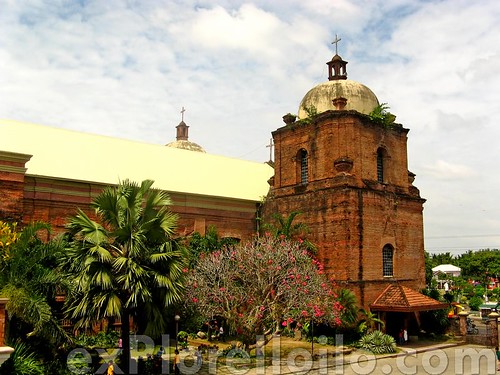 View from the Parish Convent. 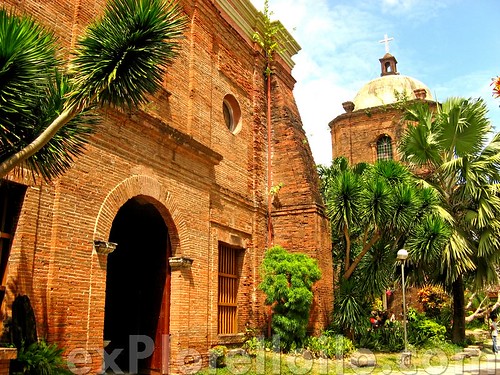 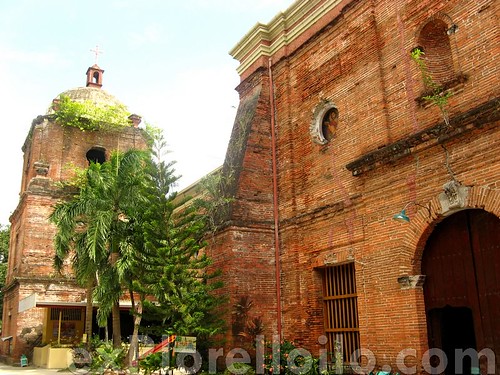 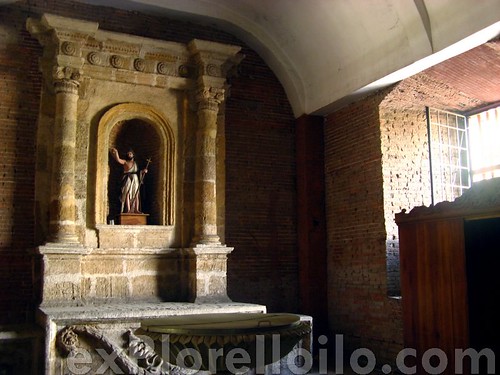