A shroud of concealment and mysticism seemingly looms over Isla Gigantes, group of islands off the coast of Carles and Estancia in Northern Iloilo. If you ask most Ilonggos about Gigantes Islands, they will probably return your question ask you what that is. That’s because the northern part of Iloilo is the least visited and only a few have dared to travel to those parts since it is not as accessible compared to the towns along the main highways of Panay Island. The few that have gone there, however, are rewarded with a surprising experience of witnessing beautiful sceneries of virgin islands, white sand beaches, colorful marine life, and extraordinary land formations uncharted by the tourist crowd.

For now we’ll take a virtual tour of South Gigantes Island, also called Isla Gigantes Sur, one of two big islands that comprise Isla Gigantes, located approximately 25 kilometers northeast or an hours travel from Estancia Port by boat. A kilometer stretch of white sand beach, where a small village settlement is located, greets first-time travelers to the island. On the right is a glimpse of the steep cliffs that characterize the southern coast of Isla Gigantes Sur.

There are no resorts or hotels in these parts. Visitors wishing to spend the night in the island usually ask permission from one of the locals to spend the night in their house. There is electricity in the island that runs only at nighttime. To go on a boat tour around Isla Gigantes Sur and visit nearby islands, visitors could rent fishing boats from the local boatmen.

The picturesque line of jagged cliffs in the southern part of Isla Gigantes is worth a visit. The scene could almost be mistaken to be in the exotic seascapes of Palawan or in Thailand. It is astonishing how nature could have made these formations over centuries. 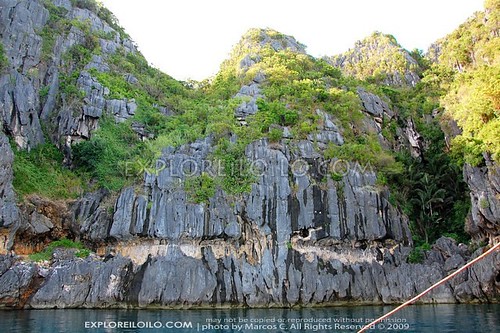 Climbing over one of the cliffs will take visitors to “Tangke,” a salt water lagoon formed by a surrounding wall of monolithic cliffs. Tourists can take a dip and immerse themselves in the serenity of nature. 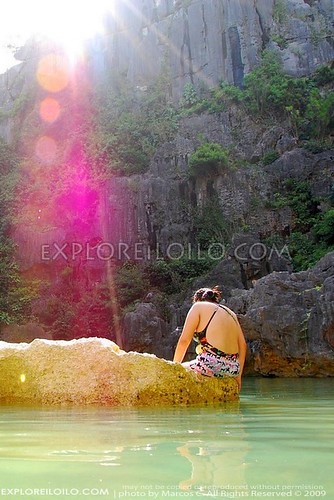 Another exceptional place to visit in Isla Gigantes Sur is “Pawikan Cave,” which can be reached by conquering a steep cliff and entering a hidden forest on top. The trek to the top is not for the weak, the incline is around 45 to 70 degrees  and 200+ feet high, however, the effort is worth it after seeing the spacious caverns inside the cave with its otherworldly mood and rock formations. The cave is surprisingly well lit because of several holes on the cave’s roof, which form natural atriums. 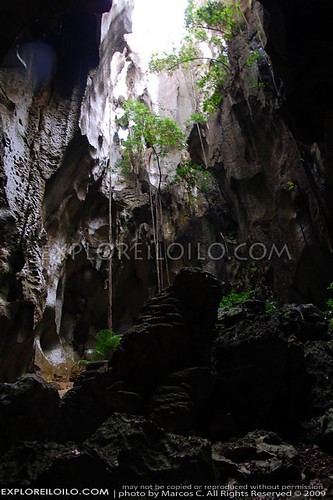 There are still other islands that dot the waters of Northern Iloilo …  so many sights to explore and discover! For those who want to visit Gigantes Island for themselves, Estancia Port is the main jump-off point to Gigantes Islands. There are no established resorts or hotels in the islands so visitors usually rent a room in one of the resorts in Estancia town proper and go to Estancia port during the day to find boatmen willing to take them on a boat tour. 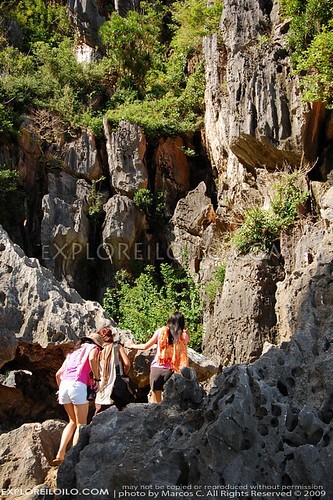 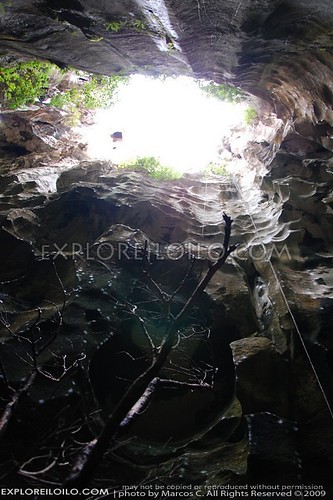 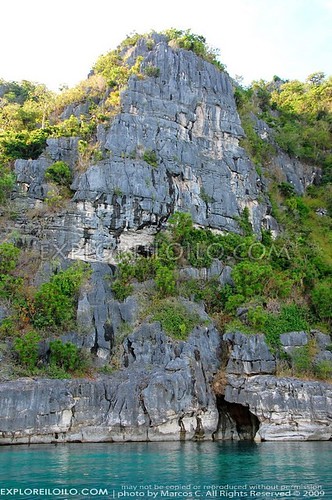 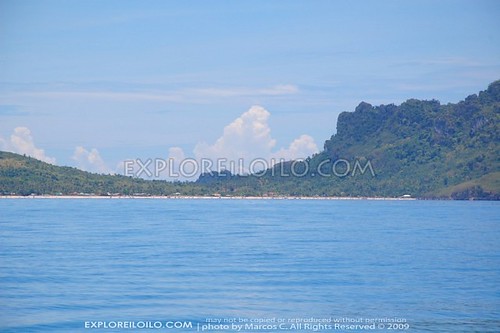 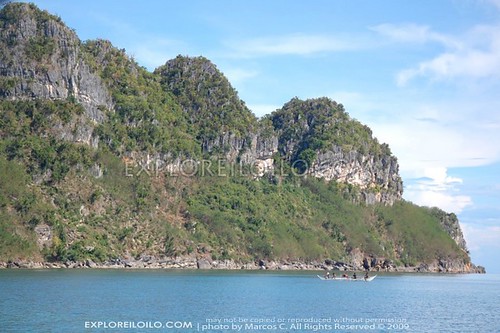 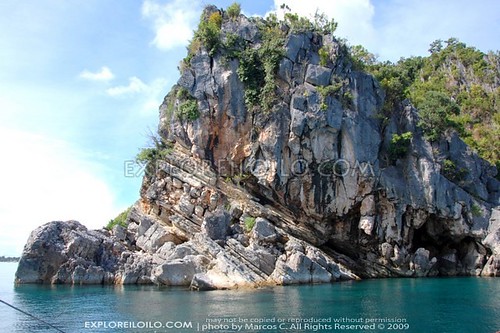