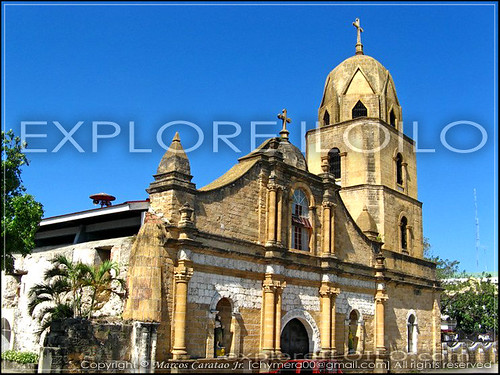 The Guimbal Church is one of the oldest churches in the country. This yellow sandstone church is made made from adobe stones called igang and coral stones quarried from Guimaras. It was built in 1774 by Father Campos.

The facade is a two-story affair flanked by twinned round pilasters decorated with floral carvings. Its vintage belfry is 4 stories high and doubles as a watchtower during the Spanish occupation against pillaging Moro pirates. It has undergone some reconstruction after it was destroyed twice, during the Second World War and during the 1948 earthquake. Recently, it was rehabilitated to its original structure.

To go to Guimbal Church, you can ride a Guimbal Jeepney in front of Iloilo Supermart – Molo Branch or in the Terminal Market (locally called “Super”) near Robinsons Place. You can also ride a Miagao or San Joaquin Jeepney. Tell the driver to drop your off at Guimbal Plaza. 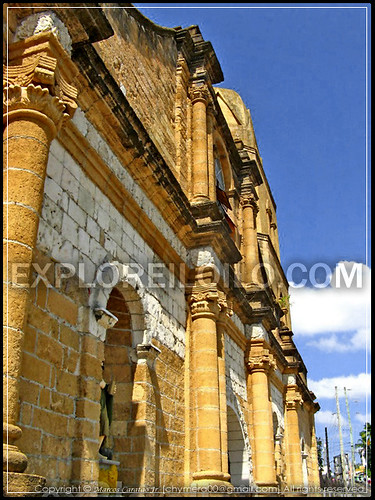 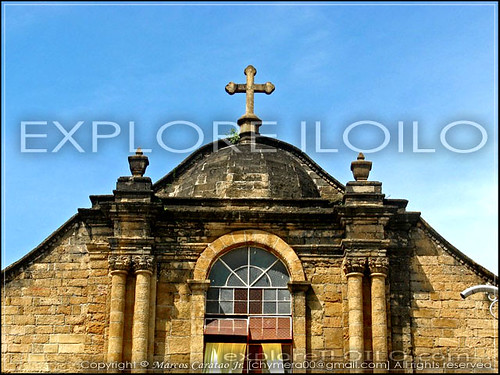 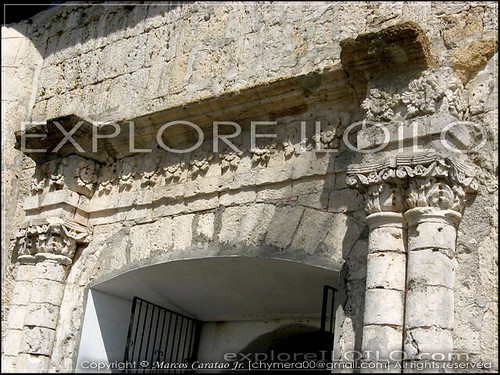