The Jaro Plaza, now called the Graciano Lopez Jaena Park, is the center of activity in Jaro, which is most prosperous among Iloilo City’s 6 districts. Even during the late 1800s, Jaro used to be a city (separate from the city of Iloilo). It was in Jaro where the Sugar Barons built their grand mansions and a thriving commercial and industrial economy was established. 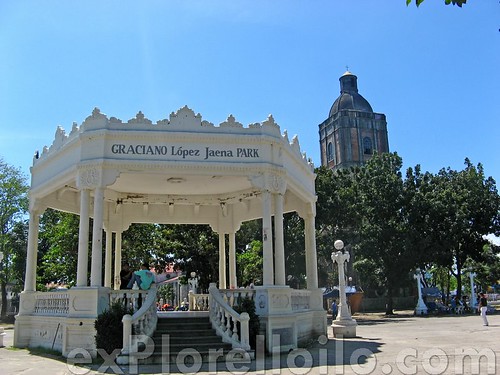 Even though the Jaro Plaza of today is not as grandiose as it used to be, it is still a nice place to visit because of its historical value and the numerous attractions around it, which include: the Jaro Cathedral, the Jaro Belfry, Old Mansions, the former Jaro City Hall, and the Archbishop’s Place