Guimaras Island is a favored destination by both foreign and domestic tourists because of its picturesque beaches, waterfalls, springs, off shore islets, and its famous mangoes, which is considered one of the sweetest in the world. Guimaras is an island province of the Philippines located in the Western Visayas region. Among the smallest and youngest provinces, its capital is Jordan. The island is located in the Panay Gulf, between the islands of Panay and Negros. 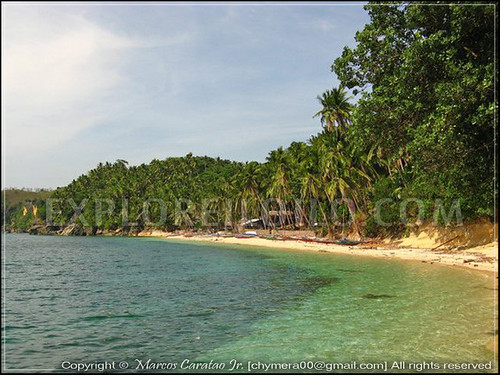 Iloilo is the primary gateway to Guimaras. The island province is 15 minutes by motorboat or ferry from Parola and Ortiz Wharf in Downtown Iloilo City. A roll on – roll off (RORO) facility is available four times from Monday to Saturday and two times on Sunday from Iloilo to Hoskyn, Jordan. 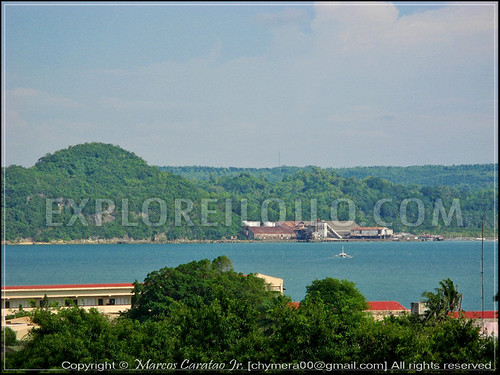 View of Ortiz Wharf from the tower of the Iloilo Aduana

Most people associate Guimaras with its mangoes, which is the island’s most important product and the Philippines’ best export quality mangoes. They are grown in mango plantations spanning more than 8,000 hectares thoughout the island, which create an awesome verdant landscape and the characteristic ambiance of rural life in this “Mango Country”. 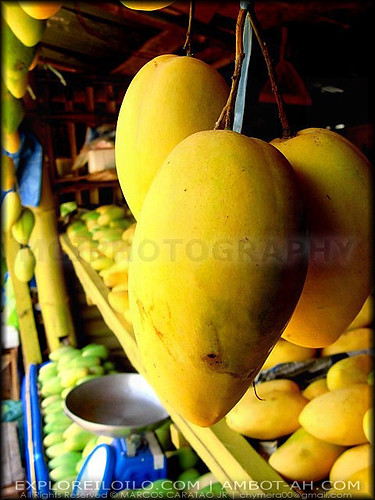 Guimaras mangoes are considered as one of the sweetest in the world and the only mango variety in the Country certified as pest-free by the U.S. Department of Agriculture. The variety of mangoes produced are also best for making dried mangoes, jams and other delicacies. The best time to enjoy Guimaras’ mangoes is during the Manggahan Festival held every May 22 to commemorate the province’s charter day. 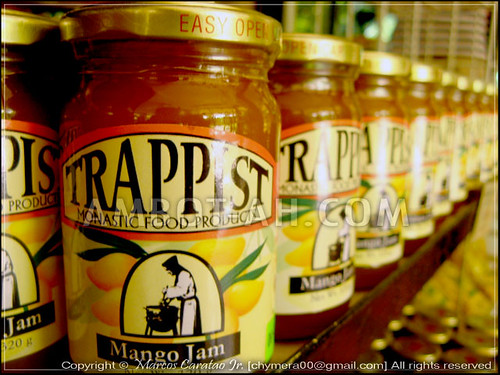 Mango jam and other products are available at the Trappist Monastery

Guimaras is also well known for its white sand beaches, pristine seas, and secluded off shore islets. Among its most popular destinations include Alubihod Bay with its calm waters, and Guisi Beach, where visitors could enjoy the province’s natural beauty. 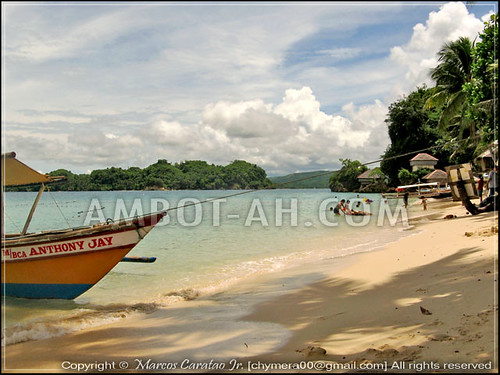 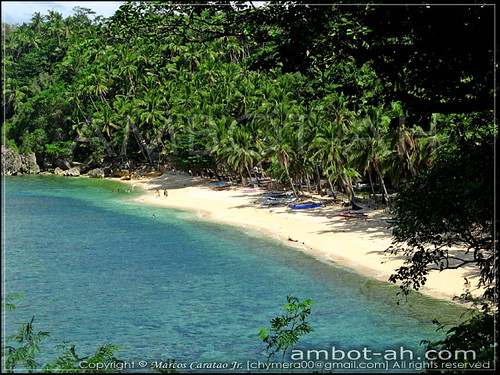 White sand beaches, multi-colored corals, fish, and other marine life are also found in Igang and Tando Bays and Taklong islets. For those who opt to relax in a secluded and luxurious destination, there’s Costa Aguada Island Resort in Inampulungan Island, Nagarao Island Resort, and Isla Naburot. 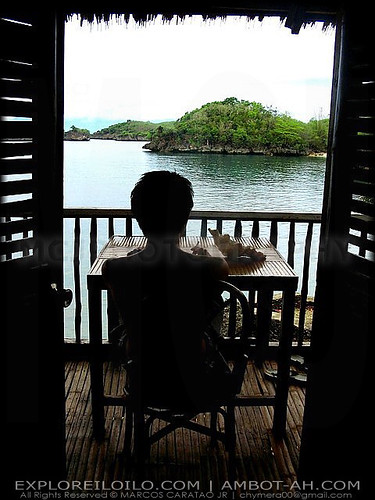 Due to Guimaras rugged terrain and interesting natural blessings, the island also offers its visitors the opportunity to share the excitement of adventure. Guimaras is a great place where visitors can do mountain biking, rappeling, paintball and war games, and island hopping. 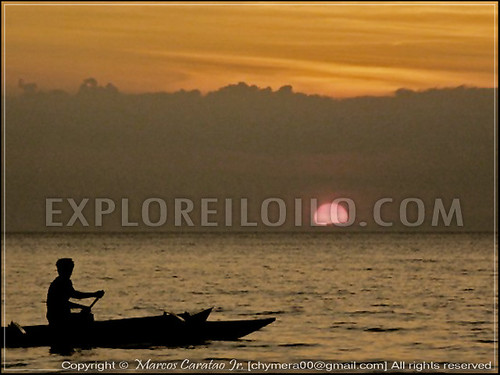 There are many theories on how Guimaras got its name. Available historical documents can attest that pre-Spanish Ilonggos had knew Guimaras as “Himal-us” though some Spanish historians had written that Guimaras may have been named after after a peninsula in Portugal called Guimaraes, or from names of places in Spain such as Guimaron in the provinces of Leon and Galerea, Gimenia in Catalonia, Gomera in the Canary Islands, and Guimaraon in another province. On the other hand, Ilonggo folklore reveals that Guimaras, formerly known as Himal-us was named after the ill-fated romance of Princess Guima and slave Aras, who betrayed the tradition tribe to enkindle their forbidden love. They were able to ride a small raft and escape Aras’ arranged marriage by her father to another nobleson. Unfortunately, they disappeared in the raging seas, never found again, and from then on, people seemed to hear the repentant father’s calling of the lover’s names “Guim-Aras” echoed in the wind during stormy seas, thus, the name Guimaras. 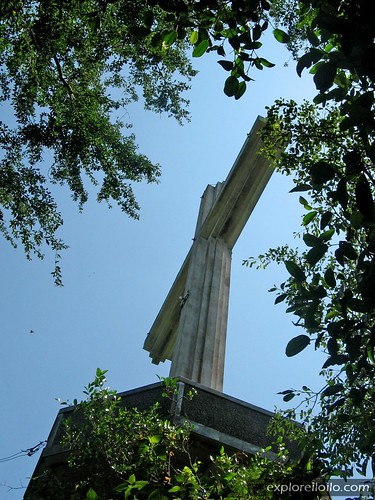 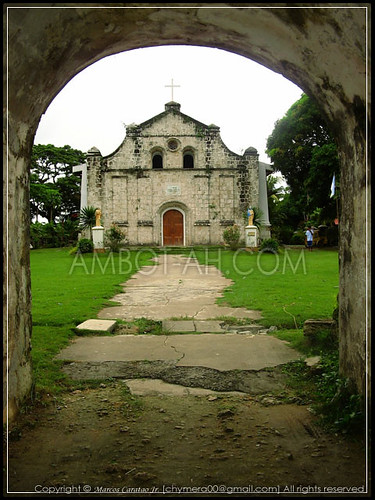 Most of the people of Guimaras could speak and undersand English though their main dialect is Hiligaynon and Kiniray-a just like Iloilo, which is not surprisding since Iloilo had dominated most of Guimaras’ history. 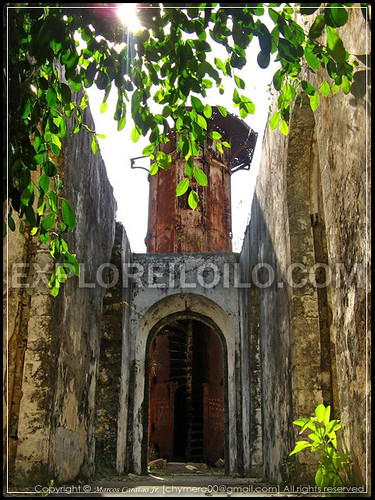 All the towns and most baranagys within Guimaras are accessible by land transport. However, three island barangays can only be reached via pumpboats and about 10 inland barangays are only accessible by using four-wheel drive vehicles and motorcycles due to poor condition roads. There are a wide variety of accommodations available in the island from inland resorts, mountain resorts, beach resorts, and island resorts. 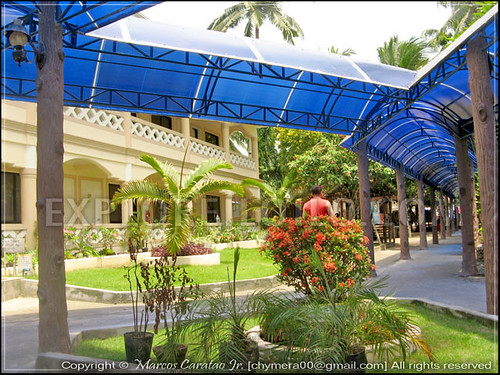 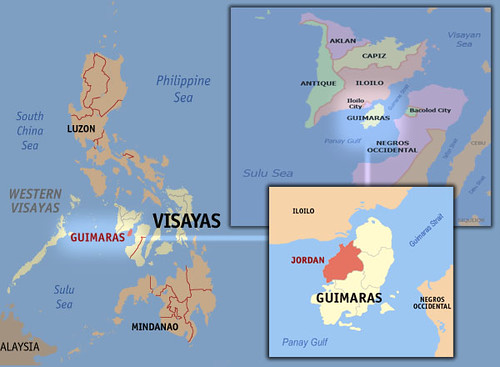