1. Enjoy a City Tour of Iloilo

Iloilo City is a tourist hub where the best restaurants, museums, hotels, shopping districts, and nightlife in the province await. It is most known for the annual Dinagyang Festival, exquisite heritage sites, deliciously fresh seafood, and signature Ilonggo dishes. The city is also home to many Spanish-colonial churches, grand vintage houses, and old commercial and institutional buildings dating back to its heyday as the “Queen City of the South.” View all tourist spots in Iloilo City.

All things to do in Iloilo, Iloilo travel guide, how to get to & around, Iloilo hotels & resorts.

Food is undoubtedly Iloilo’s biggest year-round attraction. Most true-blooded locals will, without fail, offer to take you to eat at local restaurants or prepare a home-cooked Ilonggo meal if they find out that you’re a first-time visitor. Don’t miss out on savoring fresh seafood and Iloilo’s native cuisine, especially its signature dishes like La Paz Batchoy and Pancit Molo. Not to be missed in January, the Iloilo Dinagyang Festival is one of the Philippines’ biggest religious and cultural festivals that transforms Iloilo City into one big venue for spectacle and merry making. Watch thousands of Dinagyang Ati performers fill the city streets as they dance in sync to fast-paced thundering drum beats. In addition to the Dinagyang Festival, the city is also host to many exciting events like the Paraw Regatta Festival, Jaro Fiesta, and Chinese New Year. Brown-painted Ati Performer at the Dinagyang Festival held in Iloilo every January.

In between food trips, visit treasured historical sights scattered over different districts in the city. Walk the streets of Iloilo City Proper to find recently restored heritage buildings along Calle Real, the city’s old central business district, and other corners of the downtown area like Plaza Libertad, and the Iloilo Provincial Capitol grounds. Head over to the districts of Jaro and Molo to visit centuries-old churches and the city’s grandest ancestral houses that have survived the test of time. To start, take a tour of the Jaro Cathedral, Lizares Mansion, Casa Mariquit, Molo Church, and Bahay Camiña nga Bato. Angelicum School (Lizares Mansion) in Jaro District lit up by thousands of Christmas lights every December.

5. Walk along the Iloilo River Esplanade

Peaceful riverside views can be found along the Iloilo River Esplanade, a testament of the city’s desire to provide breathing spaces on its path to rapid urban development. The best time to start your leisurely walk along this landscaped promenade is during late afternoons to catch the beautiful sunset view. 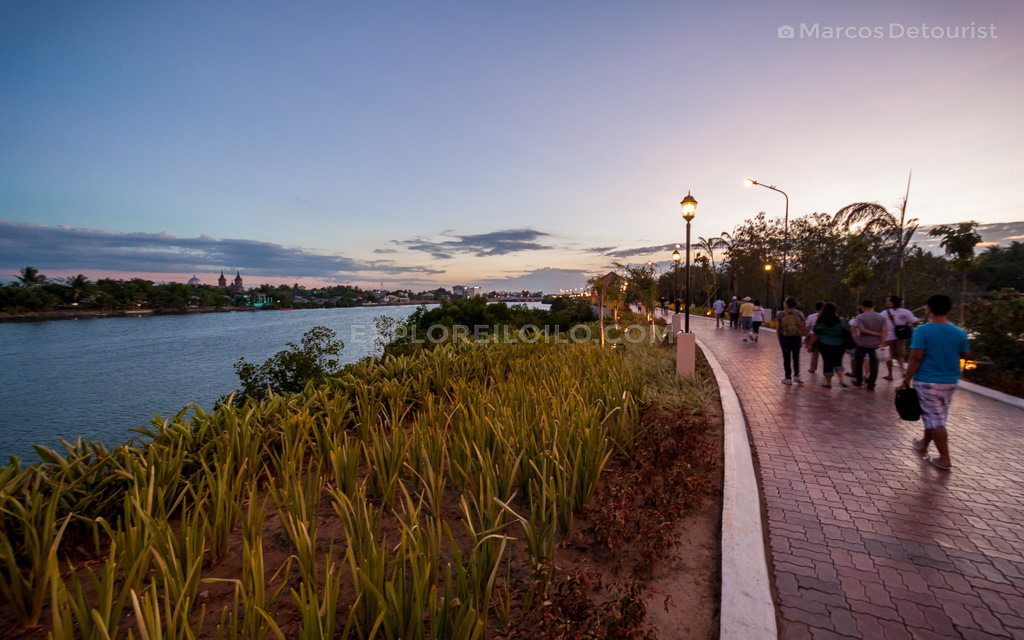 Join the local crowds and experience the Iloilo City’s lively nightlife scene. The most popular dance clubs and bars are located in Smallville Complex. There are also more chill spots to be found in other areas of the city.

7. Get a Taste of Iloilo’s Cosmopolitan Charms

Rapid urbanization and higher living standards in Iloilo City has given birth to a growing number of lifestyle centers. Get your caffeine fix or have a spa day. Take your pick from restaurants serving a wide range of cuisines at European-inspired Plazuela de Iloilo, The Shops in Ayala Atria Iloilo, Smallville Complex, SM City Iloilo, Robinsons Place Iloilo, or the up and coming Iloilo Business Park.

Venture outside the city to experience Iloilo’s friendly countrysides and hidden gems. Iloilo Province is filled with many natural and cultural spots worth exploring.  View all tourist spots in Iloilo Province.

Picturesque beaches are scattered across the seafood rich waters of Northern Iloilo where the islands of Gigantes, Concepcion, Ajuy, and Sicogon beckon. Head over to the southern coast of Iloilo to find well-preserved marine sanctuaries in San Joaquin and peaceful gray sand beaches in Miagao, Guimbal, Tigbauan, and Oton. The towns of Iloilo are home to many centuries-old Spanish-colonial Churches of great historical and heritage value. The most famous and best preserved in the province is Miagao Church, which is included in UNESCO’s list of World Heritage Sites. A 20-minute drive down the coast will take you to the militaristic-inspired San Joaquin Church. Also worth visiting are the old churches and church ruins in Guimbal, Tigbauan, Tubungan, Pavia, Santa Barbara, Cabatuan, Leon, Alimodian, Dingle, Dueñas, Passi City, and Barotac Nuevo. 11. Cool Down in Iloilo’s Highland Areas

For nature lovers, there are many refreshing waterfalls, hiking trails, and highland areas in Iloilo’s central mountains, just waiting to be discovered. You can find these cool spots in Bucari, Igbaras, Janiuay, Calinog, and Lambunao. 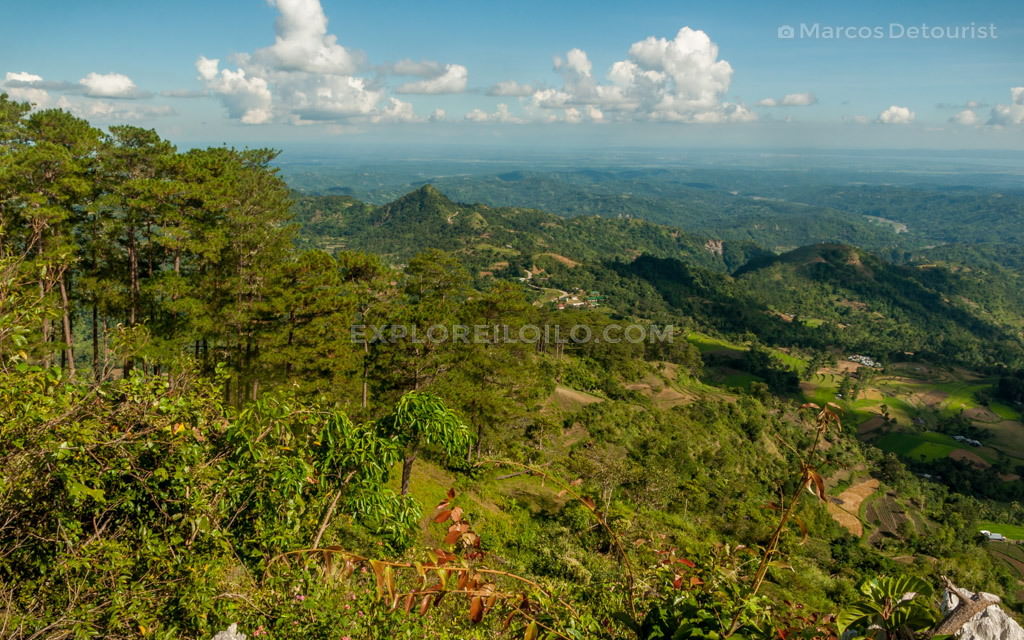 12. Take an Excursion to Nearby Gateway Destinations

Apart from its own collection of tourist attractions, Iloilo serves as a gateway to Western Visayas region and a favored stopover for tourists heading to the beaches of Boracay and the nearby Guimaras, Antique, Capiz, Aklan,Bacolod, and Negros Occidental.

Go on a side trip to Guimaras – A 15-minute boat ride is all it takes to get to Guimaras Island from Iloilo City Proper. This province has a lot of worthwhile sights and activities to offer for visitors who are keen to enjoy its peaceful beaches, crowdless islands, biking trails, and famously sweet mangoes.