The Port of Iloilo, considered the leading trade and commercial hub for Western Visayas is also one of the safest natural seaports of the world. It has been serving international shipping as early as 1855 handling sugar and fertilizer shipments for international market. Major trading activities were handled before in this areas as evidenced by the country’s first recorded export of sugar. The adapted perspective further shows that more than 75% of the country’s land area lies within 500 km radius of Iloilo encompassing Manila City and the nation’s main industrial centers. Thus, the port could well serve as consolidation center for both importable and exporbale commodities. Within this area is a potential market of more than 32 million people. 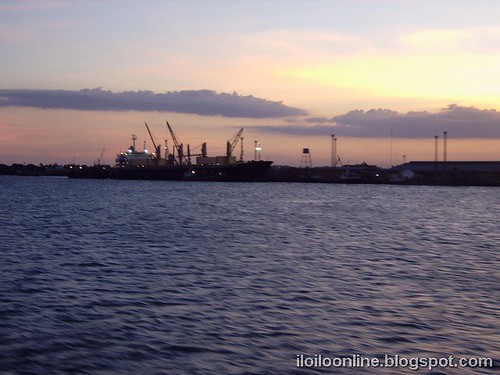 Iloilo City’s waterfront named after Nicholas Loney, an English philantropist who was instrumental in modernizing the sugar industry in the region he is sometimes considered as the father of the Phil. Sugar Industry; opened to foreign trade in 1855. Once a major international port, it is now used by domestic cargo ships and ferry boats plying the Iloilo City-Bacolod City and Iloilo-Guimaras routes. 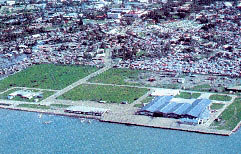 One of largest in the country, located on a 20.8 hectares of reclaimed land. It has modern facilities that include 11,400 sq. meters of open space for unhampered operations, supplemented by a backup area of 97,000 sq. meters; crane rails of 348 lineal meters; roll-on-roll-off support; a 7,800 container freight stations; and a 720 sq. meter passenger shed. The port complex is ideal for ships plying international routes having a berth lenght of 400 meters, a width of 26.26 meters and a berthing depth of 10.50 meters.Supporting the province’s thriving marine industry is the Iloilo Fishing Port Complex which houses facilities that allow investors to engage in food processing to start and operate their business. Situated on a 20.20 hectare reclaimed area, it has major refrigeration facilities such as contact and blast freezers, an IQF unit, a sewerage treatment facility and a 10-hectare area for factory space.