What are you looking for? Click on the links to explore the best things to do, places to stay, transportation guides, and travel tips in Iloilo City.

Looking for a place to stay? Search now to view and compare room rates: 12 Best Things to Do and Tourist Spots in Iloilo 12 Best Places to Stay in Iloilo 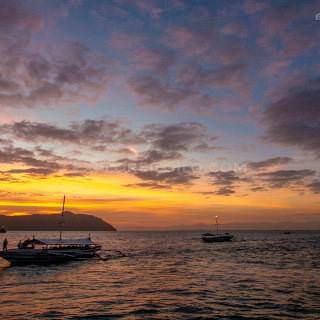 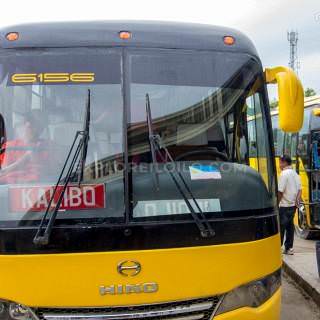 How to Get to and Around Iloilo

Spa Centrale Body and Foot Massage
3:00 pm
Wrapped up with our hectic schedules these days, it’s hard to find a moment of peace. It is essential to find time to de-stress, think and re-energize. Setting aside a few moments a week to pamper the self will make a huge difference. At Spa Centrale, Puerto Real
4:00 pm
A premier residential community that offers an adventure of unparalleled elegance and luxury for its residence. It is located in the District of La Paz Features and Highlights Village Clubhouse Village Chapel Picnic Area Pocket Garden Amenities 73-mete

Acropolis Iloilo
4:00 pm
Yet another jewel in the land. Set in the heart of historic Arevalo, shining as a new landmark in Iloilo. Acropolis, the newest project of Sta. Lucia Realty catering to the AB market, is located in the district of Arevalo. Features and Amenities: 8.6 h Jaro Plaza
4:00 pm
The Jaro Plaza, now called the Graciano Lopez Jaena Park, is the center of activity in Jaro, which is most prosperous among Iloilo City’s 6 districts. Even during the late 1800s, Jaro used to be a city (separate from the city of Iloilo). It was in Jaro Paraw Regatta Festival 2007 Pictures
3:00 pm
The 35th Paraw Regatta was successfully held on February 17-18 2007 at Sto. Nino Sur, Villa Beach. The winners of this year’s race was a team from Camangay, Leganes manning the boat named Aryln. The second place went to Joseph 1, manned by a team from Fort San Pedro
3:00 pm
Fort San Pedro or Fort Nuestra Senora del Rosario is located along San Pedro Drive in the domestic port area. Quadrilateral in shape, the fort was built between 1603 and 1616 and measured 60 by 60 meters. The walls were composed of cut-outs of Guimaras Paraw Regatta Festival
3:00 pm
The Paraw regatta is a race among seafarers on colorful sailboats called Paraws in the straits between Guimaras Island and the city of Iloilo. The present-day paraw managed to maintain its original design from the sailboats of the first settlers from B New Iloilo Airport 2007 update
3:00 pm
It seems that the imminent opening of the new Iloilo airport in Sta. Barbara-Cabatuan is pushing through with no major hitches. The Sta. Barbara bypass road is already being asphalted and the access road going to the airport is now complete with landsc Smallville Complex – January 2007 Updates
3:00 pm
A few months ago I wrote about the developments in the Smallville Area. Now, some of them are already finished such as the Riverside Boardwalk and the Honda Showroom and a few are left nearing completion. Such as this two storey commercial building, wh New Hotels to open by 1st semester of 2007
3:00 pm
There are currently 4 hotels in Iloilo City that are due for opening. Judging from their current progress, they are probably due for opening during the first half of 2007 (the exact dates are unknown). They are: Unnamed Hotel/Commercial Building along Iloilo City Hall: New design, a fusion of Iloilo City’s icons
1:01 am
Project Details: Currently, the offices of the City Government has moved to the third floor of Robinsons Place Iloilo months ago to give way to the demolition of the old city hall building near Plaza Libertad and construction of a new seven story edifi

Iloilo Airport 2005 Passenger Traffic Report
1:00 am
The age-old Iloilo Airport in Mandurriao District is scheduled to be replaced by a bigger and better facility located in Santa Barbara on March 2007. Let’s take a look at the performance of the Iloilo Domestic Airport to see if current trends are able Iloilo Boulevard Proposed
1:00 am
Inspired from the Baywalk concept along Roxas Boulevard in Manila, Iloilo will be having it’s own 8km “Iloilo Boulevard” constructed, which will start from the back of Gaisano City in La Paz all the way to the New Carpenters Bridge in Brgy. Tabucan, Ma

Book up to 75% OFF on your next stay. Check promo rates available today: